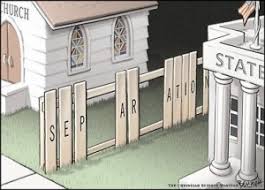 Five hundred one years ago today, Pope Leo X excommunicated Martin Luther, a German professor of theology and priest, from the Catholic Church, initiating a breach that altered not only the Church’s universality but the reach of its influence and authority in the ruling classes in many countries, especially among royal establishments.

The two theological universes continue to the present to compete nationally and internationally for moral and political influence. The Catholic Church remains more cohesive, with a theological and secular center in Rome under a papal administration, while Martin Luther’s Protestants have morphed into numerous branches and denominations.

Six of the current justices of the US Supreme Court (of 91 since its creation) are Catholic, and the country has elected two as president, since 1960. Catholics constitute the most populous single religious denomination in the United States, with about 51 million who identify as Catholic. Collectively, Protestant denominations are a more populous religious group, numbering about 141 million.

Religious identification competes in the marketplace among individuals, and even historians, for dominance. It is not uncommon to read descriptions of America as a Judeo-Christian country with values and principles deriving from those roots, leaving little air space for agnosticism, atheism, or secularism.

Despite an expressed, clear principle in the First Amendment to avoid church-state entanglements, cultural battles persist in melding theological beliefs into the nation’s secular affairs, most recently regarding abortion, despite a stern warning from a SCOTUS Justice. Financial support for denominational schools, birth control, health insurance, and, more recently, COVID restrictions, continue to compete for exemptions for religious reasons. Church-state entanglement was a lesson painfully observed by the Founding Fathers as they learned from European experience.

As an increasing number of exceptions to the “entanglement rule” are accepted, the more difficult, even impossible, it becomes to disengage, decathect, and separate from a relationship that fosters such conflict and division.  SCOTUS workarounds to the “Congress shall make no law” proscription produces not only unintended effects but unwanted civic dissonance.