Close Encounter of the Fourth Kind 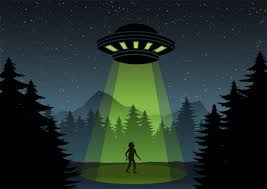 Close encounters of the third kind (1977 film title) is a fixed expression in the national lexicon meaning the direct observation of beings from other universes. Sci-fi enthusiasts define encounters of the fourth kind to be instances of alien abduction.

The recent revelations concerning the cabal to substitute ersatz GOP electors in seven states qualifies as a fourth kind of encounter with conspirators to abduct the nation’s 2020 presidential election.

As most voters may know, ballots cast every four years for president and vice president are actually counted as proxies for a slate of electors in each state. In turn, for the most part, those slates are chosen by political parties according to particular rules and bylaws of the state organizations. The slates are transmitted to the state’s chief elections officer (often the Secretary of State) in preparation to be certified for subsequent transmission to the Congress and National Archives following the November election.

The arithmetic dictates a winner-take-all in each state, which on occasion creates the anomaly that the winner of the popular vote does not always become president–as happened in 2000 and 2016. In effect, this Electoral College procedure cannot be described as a direct election of the candidates. It was 125 years after adoption of the Constitution in 1913 (17th Amendment) that United States Senators were elected directly by popular vote, replacing selection by state legislatures. Now, 109 years later, the election of president and vice president by a proxy method has arisen.

The seven states participating in the scheme (AZ, GA, MI, NM, NV, PA, and WI) represent 88 electoral votes. The 2020 Democrat winner carried the Electoral College vote 306-232, a margin of 74 complemented by more than six million popular votes. The major players in this election abduction plot have been readily identified, including self-admissions on national TV, claiming in the words of podcaster Steve Bannon, 100% legal. That assertion is in question. And some of the “electors” are actually planning to run for office.

Submission of a substitute slate of electors on its face is fraudulent, not to mention the attestations that accompany those submissions to the Congress and National Archives. In all cases, such elector slates are certified by a state official and these seven were not. That invites a charge of forgery. Numerous election laws concerning interference are also pertinent. Apparently, two state groups (NM and PA) have asserted that their submissions were “conditional.” That defense ignores the fact that the national election was not in question except by the inane claims of the losing candidate and several state groups.

Lead officials of the National Republican Committee have declared that the party is dedicated to integrity in elections and committed to measures of “zero fraud” to ensure that integrity. Maybe just “zero voter fraud.” It may be that their perceptions are cemented into encounters of only the third kind, reported observations; that the January 6th encounter was not an attempted abduction.

Despite these revelations, lead officials of the National Republican Committee have declared that the party is dedicated to integrity in elections and committed to measures of “zero fraud” to ensure that integrity. Maybe just “zero voter fraud.” It may be that their perceptions are cemented into encounters of only the third kind, reported observations; that the January 6th encounter was not an attempted abduction.

An aborted attempt to abduct 88 Electoral College votes, after all, was thwarted, in part, by a Republican Vice President refusing to accept alternate slates despite demands from his superior. GOP apologists may also cite the failure of 147 members of Congress to reject the electoral results of two of states as evidence of the resilience of the election process. Besides, Republican-led states are busily churning out election integrity legislation to diminish the number of popular votes and reduce fraud in an effort to avoid federalizing the entire enterprise, as did the 17th Amendment in regard to the election of senators.

Close Encounters of the Third Kind was enjoyable escapist fantasy. A late scene depicts the aliens releasing earthlings previously abducted. However, the final scene shows a group of humans, including the protagonist, Richard Dreyfus, voluntarily boarding the alien spacecraft for an unknown future experience.

Voters have experienced and expressed concerns, even suspicion, about the proxy voting structure of the Electoral College, particularly in light of the 2000 Gore-Bush hubbub. Electoral anxiety was aggravated when, in 2016, the Republican victor polled 2.8 million fewer popular votes than the Democrats while winning the Electoral College contest.  Since 2019, four states have joined the National Popular Vote Initiative (https://natinoalpopularvote.com) for a total of 15 states representing 195 electoral votes–only 75 below the 270 threshold for approval. NPVI neutralizes the distortion of the popular vote by campaigns relying on swing states to garner 270 electoral votes.

Whether the close encounter of the fourth kind arising from the 2020 election and the plot to shanghai 88 electoral votes motivates legislative change remains to be seen. Only inertia, not choice, is likely to supplant voluntary travel on a leaky craft suffering from a loss of a reliable road map much less GPS. Otherwise, the view is one of elected leaders as the band on the deck of the Titanic.