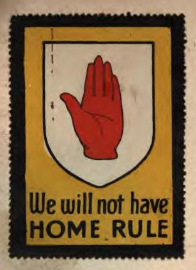 That the Commonwealth is a “Dillon Rule” state is a fact of reality cognitively and consciously known to only a small population of residents and geeks who author or edit blogs on politics. In short, the rule means that local officials or governments possess no inherent authority to govern or initiate most matters without the approval of the state legislature. This umbilical relationship, in part, keeps the General Assembly busy with deciding petitions and proposals from localities and, at the same time, vests legislators with a political power to sponsor or withhold sponsorship of local initiatives.

John Forrest Dillon was a native New Yorker who became a judge of the Supreme Court of Iowa (1862-1868) and who had a notable career as an attorney and academic specializing in municipal government. Iowa, in Dillon’s time, was the 26th state admitted to the union, in 1846, with a population of about 190,000. By 1868, the Hawkeye State’s population had ballooned toward 700,000 and witnessed the emergence of several cities.

That very year, Judge Dillon produced a decision that became known as the Dillon Rule, presently prevailing in 40 states. His rationale for the legal artifact that evolved into a dominant national governing principle was expressed – perhaps biblically – and by invention:

Municipal corporations owe their origin to, and derive their powers and rights wholly from, the legislature. It breathes into them the breath of life, without which they cannot exist. As it creates, so may it destroy. If it may destroy, it may abridge and control.

Just three years later in 1871, the Cooley Doctrine (the doctrine of home rule) expressed the theory of an inherent right to local self-determination. Michigan Supreme Court Judge Thomas M. Cooley stated, “local government is a matter of absolute right; and the state cannot take it away.”

Thus, for over 150 years, cities, municipalities, towns and, today, counties have been bound to and by the Dillon Rule. By contrast, however, just three years later in 1871, the Cooley Doctrine (the doctrine of home rule) expressed the theory of an inherent right to local self-determination. Michigan Supreme Court Judge Thomas M. Cooley stated, “local government is a matter of absolute right; and the state cannot take it away.”

There is a paucity of scholarship offering a narrative explanation for the dominance of the Dillon Rule over the Cooley Doctrine. It may be surmised that the Dillon Rule offers state legislatures and legislators a measure of political control that would be eclipsed by the Cooley Doctrine. Practically, Dillon forces local governing bodies and officials to petition for authority to self-govern. Some historians have speculated that the success of the Dillon Rule reflected a political distrust of urban centers and is the underlying reason for the historic and contemporary urban-rural divide.

Judge Dillon may have hit upon a central paradox defining American politics: that concentration of population translates into great political potential while having little legal legitimacy. Counties, cities, and other urban centers have grown exponentially since 1868 when the nation’s population was 35.2 million. It is ten times that today.

The concentration of population growth also included a vast concentration of wealth. This phenomenon has been reflected in US presidential campaigns, in part, by demonization of Democrats and their leadership in major urban centers. The ploy to appeal to rural and exurban areas proved successful for the Republican candidate in 2016. Trump took 2,584 counties that together account for 36 percent of the nation’s gross domestic product. Clinton won just 472 counties — less than 20 percent of Trump’s take — but those counties account for 64 percent of GDP.

Judge Dillon made no claim that state legislators were possessed of greater knowledge, skill, or experience in self-governance in crafting his principle. On the other hand, Judge Cooley expressed a democratic value that resonates in the Declaration of Independence and the Preamble to the Constitution. Its minority existence demonstrates that such bold and fanciful ideals yield to other interests.

In a recent session of the Virginia General Assembly, its lower House of Delegates voted unanimously to authorize a county to create its own health department. The 40-member Senate tied in voting at 20-20 with a favorable tie-breaker cast by the lieutenant governor. The county’s petition was based upon its experience and desire to address health issues for its rapidly growing population and the shortcomings of efforts during the COVID pandemic.

Staffing shortages in the county’s health district exacerbated response to the pandemic, prompting local officials to request creation of a county health department. A key legislator representing part of the county offered his assessment of the reasons to vote against the initiative: “Allowing more localities to create their own health departments could lead to a disorganized statewide response to a future health crisis,” the legislator said, adding, “willy-nilly releasing control of random health districts is not carefully thought through policy.” (Emphasis added.)

This opinion contains zero substantiated information negatively affecting the county’s request and, in fact, corroborates the arbitrariness of the Dillon Rule with respect to state legislator expertise versus that of local officials.

Members of Virginia’s General Assembly are sensitive to calendar dates and are certainly aware that it is no longer 1868, and Iowa and Judge Dillon do not even appear in the rear view mirror. Surely it’s a personal political sacrifice, but 150 years of maturation of local governance is a sufficient amount of time to have passed for even the Commonwealth to adopt home rule principles.

Virginia should give Cooley a chance.