Home › crime and punishment › Where Are They Today?

Michael Avenatti, 49, is presently under house arrest at a friend’s home in Venice, California, banned from using a computer and the internet and required to wear an electronic ankle bracelet.  Released from a New York jail in April on account of coronavirus, he was transported to the Golden State pending another fraud trial and sentencing on an earlier conviction.

Quite a remarkable fall from his heyday of defending adult film actress Stormy Daniels in her suit against President Trump, and even pondering a run for the presidency. Convicted of attempting to extort as much as $25 million from Nike, Avenatti has already experienced disastrous financial ruin and now faces a substantial prison term.

Avenatti is awaiting sentencing later this month in the Nike case. He also faces further criminal trials in New York for defrauding Stormy Daniels and in Los Angeles of cheating clients and others of millions of dollars. He has denied wrongdoing.

From the mid-2000s on, Avenatti was associated with many high-profile lawsuits, including an idea-theft lawsuit relating to the show The Apprentice and against producers Mark Burnett and Donald Trump; a $454-million verdict after jury trial in a fraud case against Kimberly-Clark (reduced to $22 million); and a $41-million jury verdict against KPMG. In 2015, Avenatti prevailed against the National Football League following a jury trial in Dallas. He had appeared on 60 Minutes three times. 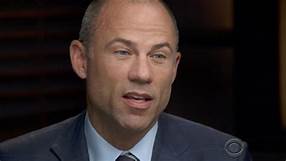 But the 15 minutes of fame clock suddenly ran out. In 2018, Avenatti’s law firm was subjected to a $10-million judgment in U.S. bankruptcy court. Avenatti has also defaulted on a $440,000 judgment in back taxes, penalties, and interest that he was personally obligated to pay under another bankruptcy settlement.  The trail of financial woes plagued the high-flying litigator forcing him into commercial homelessness.  In November 2018, a few days after his arrest on suspicion of domestic violence, Avenatti’s law firm was evicted from its office in Newport Beach after skipping out on $213,000 in rent payments.

Donald Trump is either going to resign, he’s going to be removed from office by impeachment, or I’m going to beat him in 2020. But one way or the other, he’s not going to serve a second term.

I’ve been fighting for Davids versus the Goliaths for 18 years, my entire career.

The Daniels lawsuit against Trump launched Avenatti into an arc in the politisphere and made him a  household name for about 7 months in 2018. What remains of Mr. Avenatti’s future will, for the most part, be spent among lesser glitterati than those with whom he enjoyed the limelight.  It may turn out that his penitentiary colleagues  could benefit from both his legal knowledge and errors.