Home › Issues › Walking the Line at the Supreme Court?

Walking the Line at the Supreme Court? 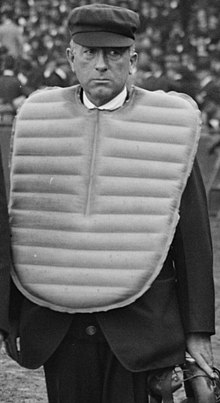 The Supreme Court’s political troubles began many years ago with the appointment of Earl Warren as Chief Justice, a move the so disappointed President Eisenhower that he is purportedly to have said it was a big mistake. Over the decades, conservatives led by the GOP have assiduously campaigned to select, nominate, and seat federal judges who expressed and professed less liberal jurisprudential views.

In pursuit of this objective, the conservative/GOP cohort was willing to exercise as much political clout as it could muster, culminating in the 2016 blocking of President Obama’s nominee, Merrick Garland. That battle was presaged by statements from the GOP Senate Majority Leader that he was determined to limit Obama to a single term as President, along with announcing a new appointment rule that held that no presidential appointments could be made during a year when a presidential election was looming.

During his confirmation hearing, Chief Justice John Roberts compared the role of a justice to that of an umpire calling balls and strikes–no more, no less. However, Roberts has had a less than successful stint in the face of the wild pitches and bean balls thrown at the Court since 2016. In June of that year, candidate Donald Trump criticized a federal judge, citing his Mexican heritage, boldly suggesting he could not fairly rule on immigration matters. That judge had participated in the lawsuit involving Trump University. In the next month, Justice Ruth Bader Ginsburg labeled Trump a faker, a remark for which she apologized. At the time, Trump called for her resignation.

By 2018, the political turmoil and heated language surrounding the Court and the nomination of Brett Kavanaugh had reached a new level of intensity. In November 2018, President Trump severely criticized a federal judge’s ruling in an immigration asylum case, calling him an “Obama judge.” The remark prompted Chief Justice Roberts to respond with a statement that the nation should be grateful for its “independent judiciary.” Candidate Trump had previously criticized Roberts for his vote to uphold Obamacare. Despite Roberts’ diplomatic defense of the court, Trump tweeted that Roberts was incorrect and that indeed there were Obama judges, many opposing administration policies and initiatives.

In February 2020, Justice Sonia Sotomayor issued what many have characterized as a scathing dissent of the Court’s rulings as favoring Trump administration policies and tactics by the Department of Justice. (See accompanying post “Justices’ Dissents Inform.”) The President wasted no time in calling for the recusal of Sotomayor and Ginsburg from any further participation in cases involving his administration. Roberts remained silent.

Recently, Senator Chuck Schumer addressed a rally outside the Supreme Court protesting a pending abortion case. By any measure, Schumer’s remarks about Justices Gorsuch and Kavanaugh were impolitic and perhaps easily understood as threatening and for which he apologized. President Trump denounced Schumer’s statements as a dangerous threat to the Court. Chief Justice Roberts rallied to the defense with a statement:

Justices know that criticism comes with the territory but threatening statements of this sort from the highest levels of government are not only inappropriate, they are dangerous. All members of the Court will continue to do their job, without fear or favor from whatever quarter.

Justices know that criticism comes with the territory but threatening statements of this sort from the highest levels of government are not only inappropriate, they are dangerous. All members of the Court will continue to do their job, without fear or favor from whatever quarter.  In effect, Roberts by his silence toward the President’s call for the resignation of Justices, elevates that of the Senate Minority Leader.

Comparing the bully pulpits of the President with that of the Senate Minority Leader and against that of the Chief Justice, one may appreciate that the Court is in the weaker position. It’s crucial to understand that Sotomayor’s dissent included Roberts and his agreement with the President on this occasion, prompting a few lines from Johnny Cash’s I Walk the Line:

You got a way to keep me on your side;

You give me cause for love that I can’t hide.

For you I know I’d even try to turn the tide.

Because you’re mine, I walk the line.

In sum, the umpire analogy does not hold as the Chief Justice’s defensive calls of wild pitches and bean balls seems very uneven. Not only has the President never apologized for his comments but he has doubled down. Ginsberg and Shumer did.  Roberts, on the other hand, may need a new chest protector and face mask in this game.