Home › Issues › Once Again, the Deep State of Governance Rescues Us from Autocracy

Once Again, the Deep State of Governance Rescues Us from Autocracy

Editors’ Note: This article is excerpted from The Washington Post, March 30, 2019.  The administration’s battles with the Deep State are likely to continue as it pursues objectives that violate governmental processes. 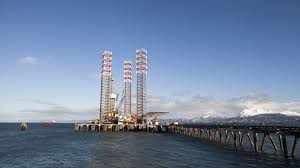 A federal judge in Alaska declared late Friday [March 29] that President Trump’s order revoking a sweeping ban on oil and gas drilling in the Arctic and Atlantic oceans is illegal, putting 128 million acres of federal waters off limits to energy exploration.

The decision by U.S. District Judge Sharon Gleason is the third legal setback this week to Trump’s energy and environmental policies. The judge, who was appointed to the federal bench by President Barack Obama in 2012, also blocked on Friday a land swap the Interior Department arranged that would pave the way for constructing a road through wilderness in a major National Wildlife Refuge in Alaska.

Earlier this week, U.S. District Judge Lewis T. Babcock, who was appointed by President Ronald Reagan, ruled that Interior’s Bureau of Land Management and U.S. Forest Service illegally approved two gas drilling plans in western Colorado. The judge said officials did not adequately analyze wildlife and climate impacts in their plans — which were challenged by a coalition of environmental groups — to drill 171 wells in North Fork Valley, which provides key habitat for elk and mule deer.

Trump’s rollbacks of Obama-era conservation policies have suffered nearly two dozen setbacks in federal court, largely on procedural grounds. While the administration is appealing many of these decisions and holds an advantage if the cases reach the Supreme Court, the rulings have slowed the president’s drive to expand fossil fuel production in the United States.

Earlier this month, for example, a federal judge halted drilling on more than 300,000 acres of oil and gas leases in Wyoming. Friday’s decision on offshore drilling could affect a five-year leasing plan the administration plans to issue in the summer, as well as block the six offshore lease sales it proposed to schedule in the Arctic Ocean starting as early as this year.

“President Trump’s lawlessness is catching up with him,” Erik Grafe, the lead attorney from the environmental law organization Earthjustice who argued to reinstate Obama’s leasing withdrawals in the Arctic and Atlantic, said in a statement Friday. “The judge’s ruling today shows that the president can not just trample on the constitution to do the bidding of his cronies in the fossil fuel industry at the expense of our oceans, wildlife, and climate.”

Industry officials, however, said the administration could forge ahead with its offshore drilling process as litigation continued. While Friday’s decision applies to 98 percent of the Arctic Ocean, it only covers undersea canyons in the Atlantic, as opposed to the entire Eastern Seaboard.

“While we disagree with the decision, our nation still has a significant opportunity before us in the development of the next offshore leasing plan to truly embrace our nation’s energy potential and ensure American consumers and businesses continue to benefit from U.S. energy leadership,” said Erik Milito, vice president of upstream and industry operations for the American Petroleum Institute.

In her Friday ruling, Gleason wrote that the law in which Congress gave the president authority over offshore drilling — the Outer Continental Shelf Lands Act — expressly allows for leasing withdrawals but does not state that a subsequent president can revoke those withdrawals without congressional approval.

“As a result, the previous three withdrawals issued on January 27, 2015 and December 20, 2016 will remain in full force and effect unless and until revoked by Congress,” she wrote.

In a separate decision earlier in the day, Gleason found that then-Interior Secretary Ryan Zinke did not provide sufficient justification for reversing the government’s stance on whether to allow a small, remote Alaska town to construct a road through the Izembek National Wildlife Refuge.