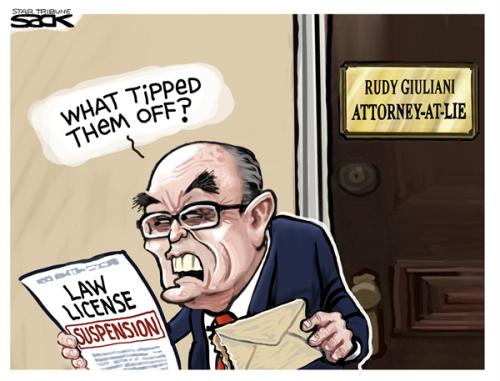 Alfred Lord Tennyson (1809-1892) poetically addressed the common emotion surrounding death in his famous poem Crossing the Bar, stating “may there be no moaning of the bar” at the transcendence from life to the beyond.

In America, there are bars where folks can imbibe favorite beverages while engaging in beer talk to solve critical political crises or rank sports teams. Other bars are organized to exercise a monopoly over who may practice law. Sometimes, there is moaning in bars as drinking establishments, but rarely does moaning emanate from the attorney organizations. It may be that that condition should change.

Emily P. Newman is a member of the Virginia State Bar (VSB), admitted, i.e., licensed to practice, in 2012. By profession and definition, attorneys are subject to detailed codes of ethics or conduct as well as the laws of the United States and jurisdictions wherein they practice. When found, violations of a canon of the codes of ethics can bring a warning or even suspension of license to practice. Illegal or unlawful conduct, for the most part, will result in suspension and, as applicable, civil punishment, including jail, monetary penalties, or even prison time.

Publicly available information reveals that Ms. Newman was a staffer in Congress and in the administration of Donald Trump up to the time of the election of Joe Biden. It is unclear precisely when Newman separated from federal employment. However, on November 25, 2021, she signed onto a federal lawsuit in Michigan, listing her participation as “of counsel” along with eight other attorneys and identifying the Texas office address of Sidney Powell (of Kraken fame) as hers. The Michigan proceeding was one of four federal actions in which Newman participated. The complaint sought to invalidate Michigan’s vote for presidential electors committed to Biden. It was later amended to request emergency injunctive relief and signed by the identical group of attorneys.

Bar associations are intended to be self-regulating and virtually all have adopted codes of professional conduct (canons of ethics) available to the public as guides to the business of lawyering. It may be argued that such rules are merely aspirational without substantive legal effect, but their availability to the public (usually on state bar websites) suggests a higher order of compliance.

Specifically, attorneys have a responsibility to the judiciary, their profession, and the public (i) to conduct some degree of due diligence before presenting allegations as truth; (ii) to advance only tenable claims; (iii) to proceed with a lawsuit in good faith and based on proper purpose.

Judge Parker [found] . . . that the filing “abused the well-established rules applicable to the litigation process by proffering claims not backed by law; proffering claims not backed by evidence (but instead speculation, conjecture, and unwarranted suspicion); proffering factual allegations and claims without engaging in the required prefiling inquiry; and dragging out these proceedings even after they acknowledged that it was too late to obtain the relief sought.”

Judge Parker further characterized the purpose of the lawsuit, finding that the filing “abused the well-established rules applicable to the litigation process by proffering claims not backed by law; proffering claims not backed by evidence (but instead speculation, conjecture, and unwarranted suspicion); proffering factual allegations and claims without engaging in the required prefiling inquiry; and dragging out these proceedings even after they acknowledged that it was too late to obtain the relief sought.”

Parker ordered the clerk of the court to notify the state bar associations of the attorney group to consider disciplinary actions.

Having, in unambiguous language,  described the conduct of the attorneys, Judge Parker concluded her written decision by ordering the attorneys to pay the legal expenses of the city and state and undertake 12 hours of continuing legal education. In addition, Parker ordered the clerk of the court to notify the state bar associations of the nine to consider disciplinary actions.

The judge’s decision is in the public domain along with the codes of conduct, creating, at least, some public notice or expectation of action on the part of the involved bar associations. For example, the code of the Virginia State Bar advises that “Failure to comply with an obligation or prohibition imposed by a Rule is a basis for invoking the disciplinary process.”  Since this is the language of lawyers, the use of the verb “is” instead of “may” must be taken literally.

VSB also provides on its website an online form to file a complaint against a Virginia attorney. As was learned when a complaint was filed, the public interest, public content, and unconditional online form for filing a complaint are not necessarily relevant. Here is the VSB response to a complaint by a Virginia citizen against Emily P. Newman for conduct alleged to violate the professional standards and abuse of the legal process as cited by Judge Parker:

The VSB will not initiate a disciplinary investigation based upon information provided to us from a concerned citizen who does not have direct, personal involvement with a particular matter.

Whether judge or citizen, by this standard, it may be inferred that neither has standing to complain. It must be noted also that a closer examination of the VSB website does not offer who may file a complaint, i.e., concerned citizen or other. The online form and instructions do not provide a further clue.  The issue then becomes whether VSB has any responsibility to entertain the order of the Michigan judge. Every US citizen has a stake in the results of the 2020 election.

Even if the Virginia Bar would not accept “information from a concerned citizen,” as an agency, the proxy entrusted by the Commonwealth and its citizenry to exercise its monopoly, there is the onus of some public duty. While it is true that VSB commonly and regularly publishes a list of attorneys who have been disciplined, there appears to be no affirmative duty to advise the public of conduct by members that has, in fact, arisen in the public domain.

Insulation from the public interest is an endemic characteristic of monopolies. The Roman poet Juvenal posed the question:  Quis custodiet ipsos custodes?; Who will guard the guards themselves? It is now just over one month since Judge Parker issued her decision, an ample period for some response from VSB and/or its leadership.

In an analogous vein, the demand for the creation of civilian review boards to oversee police conduct, especially under the impenetrable shield of qualified immunity, is not very different from the public’s interest in the conduct of attorneys. Unless VSB and other bar associations adopt a more public face, Lord Tennyson’s plaint will be fulfilled.  Bars will be crossed without a moan or other sound.