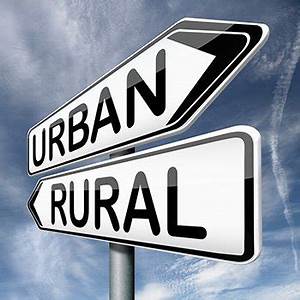 In the last few weeks, I have written about why I think the statewide Democratic majority is more fragile than it might appear. I have said that it is very risky to gamble that a candidate can get enough votes out of Virginia’s “urban crescent” to win without significant support outside of that area. I have even argued that many of the “signature” accomplishments of the Democratic Party-controlled General Assembly in 2020 were seen not as good things, but rather as threats to voters in rural areas of the Commonwealth. I stated flatly that candidates would do well to better understand what “those” voters want.

This week, I am going to write about what I think those voters really care about most:

Sidebar 1: That means they really don’t want to be told how wonderful it is to live in Fairfax or Arlington. If they wanted to live there, they might already have moved. They definitely don’t want to be told how miserable their lives are, or what they’re missing. Similarly, if they wanted to be rich and powerful, they might have moved to a center of power or wealth. They don’t live in Richmond or Washington, and mostly do not work for global mega-corporations. If you or I don’t understand that, it’s our problem, not theirs.

Sidebar 2: To illustrate the point above, in 2011, when Barbara Favola ran for the State Senate (District 31) for the first time, she ran as a proud member of the Arlington County Board with a long record of successful leadership. That Senate district was mostly made up of western Arlington County, but included northern parts of Fairfax and Loudon counties. Her basic campaign speech emphasized all the good things in Arlington and how her experience there could help those unfortunate western areas. She won that seat narrowly, largely on votes from her home base. She lost both Fairfax and Loudoun. Fortunately, she is a smart woman. By 2015, she had adapted her language to address the needs of the outer parts of her district. She won comfortably in all three jurisdictions that year and was reelected in 2019.

Sidebar 3: Guns. Confederate monuments. Drag racing on the highway at night. None of your business.

In the last year of his term as governor, Terry McAuliffe, having won this office largely with votes from Eastern Virginia, famously said about western voters, “If they want lousy schools and poor health care, f*** ’em. Let them have it.” Ralph Northam won in 2017 as a guy from a rural area, with military experience and the VMI network behind him. Yet while Northam didn’t articulate disdain for rural voters, he didn’t exactly charm them, either. He knew that his votes were going to come from the urban crescent. Next year, we will have a contest for statewide offices. Tradition says Republicans should have an advantage. With a Democrat in the White House, Virginians have often voted for the other party, just to keep things in check.

Democrats running statewide next year need to offer understanding and acceptance of those two core realities: freedom and respect. They don’t need to promise to deliver jobs, or roads, or other new stuff. If candidates do that, it might be OK, but that’s not what rural voters want most. Value them. Value their way of life. It can go a long way.