Editors’ Note: Allen West served in Congress (R-FL) from 2011-2013. He also served in the US Army for 22 years and is a commentator on Fox News and other right-wing outlets.  This post to his own blog speaks volumes and for itself with respect to the turmoil at the NRA. 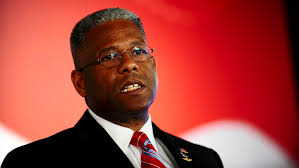 It has become very apparent that I need to speak out about what is happening at the National Rifle Association.

I am in my second term as a Board member, and I am deeply concerned about the actions and statements being made. The recent statements by Charles Cotton and Carolyn Meadows that are appearing in the Wall Street Journal, and now other news outlets, are outright lies. I have never been told, advised, informed or consulted about any of these details mentioned in the WSJ, and who knows how much more despicable spending of members’ money.

These statements have maliciously, recklessly and purposefully put me, and uninformed Board members, in legal jeopardy.

Prior to the NRAAM in Indianapolis I sent an email to Wayne LaPierre’s managing director, Millie Hallow, expressing my sentiment that Wayne LaPierre resign immediately.

I also drafted a memo entitled “Resolution of Concerns,” both of these statements are known to the NRA Board. It is imperative that the NRA cleans its own house. If we had done so in Indianapolis, much of this could have been rectified.

I do not support Wayne LaPierre continuing as the EVP/CEO of the NRA. The vote in Indianapolis was by acclamation, not roll call vote. There is a cabal of cronyism operating within the NRA and that exists within the Board of Directors. It must cease, and I do not care if I draw their angst. My duty and responsibility is to the Members of the National Rifle Association, and my oath, since July 31, 1982, has been to the Constitution of the United States, not to any political party, person, or cabal.

The NRA Board of 76 is too large and needs to be reduced to 30 or less. We need term limits of four (4) terms on the Board. We need to focus the NRA, the nation’s oldest civil rights organization on its original charter, mission, training and education in marksmanship, shooting sports, and the defense of the Second Amendment.

I will dedicate all my efforts to the reformation of the National Rifle Association and its members, of whom I am proud to serve.

It sickens me to publicly make this statement, but I will not allow anyone to damage my honor, integrity, character, and reputation. Needless to say, there are those who have willingly done so to their own.