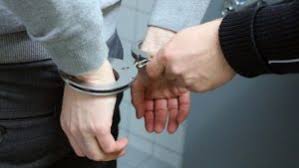 Our nation has experienced many instances of massive resistance since colonial days, most notably the Civil War and the period following the desegregation of public schools, which was led by the Byrd hegemony of Virginia. Sometimes, the resistance has been labeled nullification. Whatever label one assigns, massive resistance or nullification are direct threats to the rule of law.

Lynching in the United States from the late 1800s to the 1960s represented another form of resistance to the orderly process of the law, as well as the rule of law itself. During the same period, Jim Crow laws became a popular method for resistance to the post-Civil War amendments terminating slavery and enfranchising former slaves. A war was insufficiently instructive in this regard.

Recently, Joy Reid, an MSNBC host, applied the term “massive resistance” to the President’s refusal to cooperate with post-Mueller investigations and inquiries by House committees. Specifically, the President has sued one House committee for its efforts to obtain his tax returns, and has directed former White House counsel Don McGahn to ignore a subpoena to testify. Treasury Secretary Steven Mnuchin has twice delayed providing presidential tax returns to a House Committee, although he promises to “decide” by May 6. In a recent show of some flexibility, the White House has said it will allow the former head of the security clearance process, Carl Kline, to testify, but only about policies and practices.

As these incidents play out, House Democrats carefully outline a path to secure details of the Mueller report, while some presidential candidates and others in Congress openly call for impeachment.  At the same time, further evidence of Trump’s desperation and intentions were revealed in a fantastical comment that, if impeachment articles were adopted,  he would go to the Supreme Court!

While these instances may be regarded as political games, they are nonetheless signals of a challenge to the rule of law. Trump’s behavioral pattern of resistance first emerged near Election Day 2016 with serious discussion of his possible refusal to concede the election – if he lost –because, in his words, it was “rigged.” His resistance has also manifested itself in a declaration of national emergency, attacks on the federal judiciary, executive actions to roll back regulations and to effect a travel ban, among others.

The question now arises as to what the remedy is, should the President be convicted of high crimes and misdemeanors by the Senate, to effect “removal from office” as provided in the Constitution [Art. I, Sec. 3]. Adherence to the rule of law upon which the constitutional provision for impeachment and removal is based is not coupled with an enforcement mechanism or procedure to actually, physically remove a President who resists the judgment of the Senate. The Founding Fathers presumed civility and the rule of law were sufficient to secure adherence. The behavior of the current Commander-in-Chief raises doubt about that proposition.