Editors’ Note: This article reflects changing circumstances and some changed thinking from the lead article published in last week’s VoxFairfax. 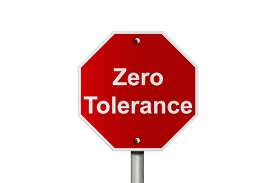 As of this writing (February 10), the almost unbelievable brouhaha in Virginia state government has cascaded discussions of racism, #MeToo, sexual assault, he said/she said, forgiveness, and zero tolerance. For the purposes of this article, we are leaving aside for the moment the circumstances surrounding Lt. Governor Justin Fairfax, since they involve accounts of potential criminal behavior—behavior which, if true, certainly qualifies for zero tolerance.

The insensitive, hurtful acts admitted to by Governor Ralph Northam and Attorney General Mark Herring—participation in displays of blackface—are of a different order. (And the second-day news conference and statements by the Governor are also beside our main point here, however awkward and unhelpful they were.)

What it comes down to is: do we have zero tolerance for wrong, harmful actions committed several decades ago, at a time and place when such were unfortunately commonplace and for which the accused have apologized? And how does forgiveness, if offered, relate to whether powerful holders of political office should remain in power? Closely tied to these questions are (1) whether the discussion relates zero tolerance for criminal acts or for acts that are simply deemed “wrong”, unacceptable, and (2) what does zero tolerance demand with respect to punishment? Is the punishment proportionate to the offense?

There is also a political element to this discussion. Is it hypocritical where the potential loss of power by one party guides its thinking with respect to outcomes? Few things in life are cut and dried, black or white, yes or no. Is positing a greater good or greater harm that may occur with a change in state political leadership defensible in deciding how to treat those whose actions have gone against contemporary mores? [If one believes that state control by one party would bring deleterious effects in many areas, for example, is that possibility not to be weighed against what some see as moral consistency? remove this sentence]

So, to the main point. Zero tolerance is a lot like mandated judicial sentencing, three-strikes-and-you’re-out. By taking away human judgment, the thinking goes, citizens will know that justice will be definite.

But we need to define terms. Zero tolerance simply means that no rule violation is to be tolerated. Our common retributive justice demands consequences for wrongful acts and, even, behavior. However, consider this actual example:

“Zach,” was a high school student who was essentially raising his first-grade brother. His mother had died, and his father was an abusive, violent drunk. One morning the father came home drunk, waving a gun and threatening to kill the boys. When he passed out, Zach picked up the gun, drove his brother to school, and turned the gun over to his high-school principal. Zach was later expelled for bringing a gun to school under the zero-tolerance provision.*

Zero tolerance became no excuses, no exceptions. And did not result in an outcome consistent with restorative justice. In short, the proportion of the outcome to the offense was distorted.

Racism is wrong; is it immoral? Does it contradict society’s accepted mores? Is it even possible to reach consensus on such a question? Racism is definitely hurtful. And play-acting in blackface is racist. But wrong or immoral should not mean something cannot be understood, especially given its era; it should not mean it cannot ever be forgiven. Especially in people who have lived exemplary public lives since.

Another point that needs to be considered in this discussion: what of The Virginia Way? According to a Washington Post column of last December, the Virginia Way refers to opportunities for state elected officials to use legislative means and influence to pad their own pockets.** To others, it can also mean reliving the Commonwealth’s ugly history of racial bigotry with the same wink and nod tacitly approving influence peddling. To wit: If the Lt. Governor were white, some ask, would the Greek chorus be so quick to demand his resignation? In contrast, the clamor over the trespasses by the two white state officials has waned versus that concerning the Lieutenant Governor.  This may not all be fully explained by the differences in the alleged wrongdoing among the three.

Can zero tolerance with prescribed single remedies for anything still be justified in today’s world? Doesn’t it smack of the all-or-nothing thinking generally ascribed to conservatives? It demands that thoughtful consideration has no place in determining outcomes. It can be impractical, overly harsh, and judgmental, unless we take care to ensure that the remedy fits the offense. Can’t we still uphold our ideals of what moral behavior is important while considering broadly all effects of particular actions against those guilty of breaking those norms? In so doing, don’t we demonstrate that being human can mean more than blindly following through on supposed mandates?