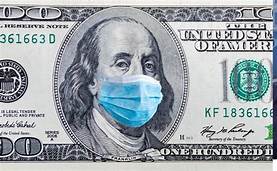 The federal government’s  aid to individuals and families represents an affirmative reorientation of  public policy. In the past, in times of financial crisis, the government response has focused on the corporate structures, banks, automakers, steel manufacturers, and others as a means to distribute financial assistance to the public, a tactic ordinarily consistent with trickle-down economics. The shift to broad, more direct aid to individuals reflects a distinct and novel conception and is a revolutionary change of course and emphasis.

Essentially, the CARES Act offers three prongs of financial assistance to individuals and families: a payment of $1200-2400 based upon income; enhanced and extended unemployment payment benefits; and the Payroll Protection Program, which provides forgivable loan funds to some businesses to retain employees.

Many stalwarts of the right have complained, as they did about Social Security and Medicare, that direct aid to individuals is a deterrent to motivating people to return to work. That attitude is largely a hangover from colonial theology and is unsupported by economic data. Even were it true, the popular acceptance and support of the nation’s safety net (so-called entitlements) argue against that philosophical construct.

Just a few weeks ago, a Virginia research organization captured the essence of the present response to the COVID pandemic:

The purpose of economic activity is to improve people’s lives, making us healthier, happier, and more fulfilled. And when people and families are doing well, have money to spend, and are able to spend it, the economy does better, too — especially our main street and creative businesses that provide a living for many of our neighbors and friends.

Public policy that sustains and boosts incomes for regular folks is so critical, especially during times of economic trouble.

That’s why public policy that sustains and boosts incomes for regular folks is so critical, especially during times of economic trouble. Although the current economic downturn has been created through deliberately shuttering businesses and activity to protect public health, there will come a time to lift the restrictions. But economic activity — and its positive impact on providing goods and experiences that improve our lives — won’t automatically bounce back. We’ll need to make sure that public policy choices put money in the pockets of people and communities who will go out and spend it at our main street businesses. And when we do so, we have the opportunity to use public policy this time around to make sure that families and communities of color who have too often been locked out of opportunity by past public policy choices are able to not only recover, but to flourish.

–The Commonwealth Institute for Fiscal Analysis, The Half Sheet blog, April 6, 2020.

Worker issues are more than financial, however. As VoxFairfax reported recently, “the pandemic has led to a wave of worker activism in recent weeks, as employees at Instacart, Amazon, and Whole Foods have gone on strike and demanded increased protections. At Trader Joe’s, a chain known for its outwardly cheerful work force, employees have criticized what they describe as the company’s haphazard response to the crisis, reigniting a debate about union organizing that has simmered for years.” [https://wp.me/p9wDCF-1fK]

In addition, sadly, workers today continue to perish in conflagrations similar to the Triangle Shirtwaist Factory fire in 1911, albeit in places such as Pakistan, India, and Indonesia. As VoxFairfax also recently reported, “these occur in large part due to the offshore placement or displacement of American manufacturing and despite pledges by American importers stating that the foreign factories are subject only to voluntary international safety standards. The clear truth is that the failure is merely about money, i.e., cheaper labor and increased profit.” [https://wp.me/p9wDCF-1dm]

History and current events instruct that American workers continue to bear the brunt of economic downturns and disasters while the 1% prosper. The public policy shift to more direct aid is a fundamental difference from the New Deal’s employment programs such as the WPA and CCC. The pandemic stimulus assistance is a concrete affirmation of the primacy of the American worker. The CARES Act, as policy, is, in part,  focusing on people. This embrace of the nation’s working population as principle severs the long historical pattern of financial assistance to the corporate state. It may not, however, be enough unless that public policy persists.

As efforts to recover from this pandemic continue, effectiveness of responses evaluated and measured, the conclusions may instruct that, against better instincts that existed in the past, taking care of individuals is the better course. The November elections will be one signal of the outcome.