Editors’ Note: This op-ed/column is a personal opinion piece by Mr. Fruitman. 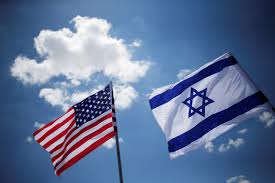 I am a Jew. An American Jew.

I once believed that anti-Semitism belonged to a bygone era. And certainly would never be espoused by a President of the United States. Yet, amazingly, we have arrived at a point where nothing this President says surprises or shocks us any longer. But I am offended by his recent words. And hurt.

This is unprecedented and debasing vitriol for a President. I was around during the time of Nixon’s resignation, and I thought I would never again see such a despicable person in that office. But I was wrong.

What prompts this writing is Trump’s latest barb against Jews:

I think any Jewish people that vote for a Democrat, I think it shows either a total lack of knowledge or great disloyalty.

Does this demonstrate the President’s ignorance? Without doubt. He assumes that Jews agree that he is Israel’s best friend, so why vote against him? Is this insulting to Jews? Of course. He assumes that the primary loyalty of American Jews is to Israel, not the United States. Ah, but this is his stock-in-trade: Either through stupidity or guile, say the most outlandish, repugnant thing possible to get attention. Because he craves attention. Further, he often uses the psychological technique of projection, although I’m sure he doesn’t know what it means; he will frequently ascribe to others traits that in reality reside within himself (such as ignorance and lack of loyalty to anyone but himself).

This President sees (and uses) Jews as another foil; he sees them as needing to be loyal to “their” prime minister. In so doing, he aligns himself with Netanyahu, assuming American Jews will “vote” for both of them. And loyalty, of course–in others–is his primary criterion for worth. One recalls how another president handled the question of religion and loyalty: During the campaign of 1960, Catholic Democratic candidate John F. Kennedy, speaking in September to the Greater Houston Ministerial Association, said:

I believe in an America where the separation of church and state is absolute — where no Catholic prelate would tell the President . . . how to act, and no Protestant minister would tell his parishioners for whom to vote — where no church or church school is granted any public funds or political preference — and where no man is denied public office merely because his religion differs from the President who might appoint him or the people who might elect him.

The current President is 180 degrees off the mark. If the President is seeking the votes of American Jews, his statements tend to drive them in the opposite direction. Many Jews have too much respect for life, for people, for good conduct, for honesty, to support such a chazer (pig). Jewish Americans vote their values, which include opposition to racism, concern for the stranger and the poor, and reverence for the rule of law.

We know what this occupant of the White House represents. We know what he thinks of Jews. He has given convincing information: his refusal to condemn David Duke; “good people on both sides” in Charlottesville; and his urging of Israel to bar visits of two Muslim US representatives. And on and on. All that matters to him–and it is so transparently sad–is what feeds his ego. He is the most insecure of presidents.

And he cannot help himself from praising those who compliment him. Witness:

Thank you . . . for the very nice words. “President Trump is the greatest President for Jews and for Israel in the history of the world, not just America, . . . and the Jewish people in Israel love him like he’s the King of Israel.

Further, this Chazer-in-Chief tweeted approval of a racist conspiracy-monger’s assertion that he  should be considered and revered as Messiah for the Jews.

Rep. Ted Deutch (D-Fla.), a Jew, perhaps captured the essence of this man best: “What the President is doing is creating an environment in which anti-Semitism can flourish.” Indeed. And he cares not; he welcomes it.

I am a Jew. I have visited Israel and experienced religious services in the ruins of temples destroyed thousands of years ago. I have been to the Western Wall. I have looked into Lebanon from atop a hillside. I feel nothing but rage in listening to a villain spout volumes of meaningless words about things he not only does not understand but truly has no interest in. He is a little man with nothing to offer America or the world.

Judaism and Israel have a special meaning to me. For this chazer to speak–nay, lecture–American Jews on loyalty to Israel and America is, frankly, a sacrilege.