Home › crime and punishment › In the Garden (?) of Good and Evil

In the Garden (?) of Good and Evil

By Barbara B. Levine 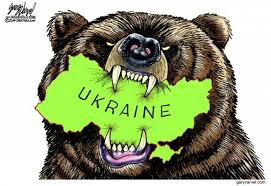 Watching the 1962 movie Cape Fear between visits to various news channels to keep abreast of the current Ukrainian tragedy raised troubling and difficult questions about the way a law-abiding society deals with pure evil.

A lawyer living near the aptly named North Carolina town of Cape Fear witnessed an assault and testified against the perpetrator, who was then imprisoned for eight years. Newly released, the felon arrives in the lawyer’s town and begins to terrorize him and his family. The essential dilemma is to what extremes may an average member of a community, steeped in the tenets of the rule of law and mores of society, be willing to go to protect himself and more importantly the people he loves in the face of sheer evil and lawlessness? What do we do when our opponent is willing to use any means, no matter how horrific, to achieve their ends? What do we do when the evil individual actually uses the law against, us while at the same time eschewing legal consequences? Watch the movie; it’s a brilliant tour of the moral labyrinth.

What do we do when the evil individual actually uses the law against, us while at the same time eschewing legal consequences?

Here in the United States, we received our own tiny taste of what it means to pit law-abiding society against an individual for whom laws are irrelevant. Fortunately, our democracy prevailed, and he was voted out of office, although we still live with the fallout of his particular brand of evil. But what about next time? What if, even though convicted, he decides to run anyway? The assault on voting rights and efforts to remove voting decisions from citizens tells us that a significant number of states and citizens would be willing to certify his candidacy and perhaps ultimate “election.”

What are we to do? Yell foul? Complain loudly that this is unfair and “against the law”? How do you employ the law against the truly lawless? What about when they use the law to escape legal consequences? Not the bank robber who gets caught and jailed, but the power broker who has money and connections and is able to generate enough serious fear that society cringes and backs down. We are always taught “don’t get down in the mud with them”, “when they go low, we go high”–but you can’t bring a butter spreader to a knife fight. When your opponent is bereft of morals and integrity, is willing to use any means whatsoever to prevail, nice and lawful doesn’t cut it.

You can’t bring a butter spreader to a knife fight. When your opponent is bereft of morals and integrity, is willing to use any means whatsoever to prevail, nice and lawful doesn’t cut it.

This brings us, of course, to the current situation in Ukraine. In the Garden of Good–NATO, EU countries, USA. All deeply concerned. All horrified at what is unfolding before us. Poland takes in refugees, we all send donations, planes, whatever aid we can. Jose Andres comes to the borders and cooks.

In the Garden of Evil, a megalomaniac rules, divorced even from his own people, willing to distort the law to his own ends, determined to restore some fairy-tale vision of the good old days of the USSR, even if he must press the button on the doomsday machine to do it.

Are we really on the “high road” when we take refuge in morality and fears of a wider war as families are murdered on the nightly news? Or do we actually begin to enter the Garden of Evil ourselves by sitting by and doing nothing? This is a question for all of us to ponder.