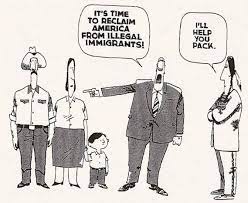 The Virginia Mercury (https://www.virginiamercury.com/2022/01/28/why-is-it-so-hard-to-build-tribal-housing/) posed a seemingly innocuous question: “Why is it so hard to build tribal housing in Virginia?” Considering this nation’s behavior toward indigenous Americans, the answer is naggingly elusive but the question prompts consideration about the foundational values attributed to and characterized as essential to the success of the United States.

That “all men are created equal” may surely be the most difficult of our national ideals and goals. Any superficial review of the nation’s history with respect to relationships with indigenous Native Americans relates an inexplicable and, perhaps, unforgiveable ignorance of that objective.

Thanksgiving has been valorized as a mythic symbol of friendly and peaceful intercourse between indigenous peoples and colonists. Most historical accounts reveal no evidence that the 53 Plymouth (Massachusetts) residents in 1621 invited the Wampanoag to a celebration, only that a group may have attended (https://historyofmassachusetts.org/the-first-thanksgiving/).

Over time, Hollywood’s depiction of Native Americans has formed a significant aspect of the nation’s view of the relationship. More detailed and verified historical accounts deliver a very different picture about broken treaties to the spread of diseased goods, to enforced resettlement, including the “Trail of Tears,” the relocation of 60,000 Native Americans between 1831-1850. There is little in the 400-year period from Plymouth to the present to validate the quality or character of the equality of people, especially those who were this continent’s original residents.

Indigenous Native Americans now number about 9.7 million, both on and off designated reservations as constituents of the 574 recognized tribes (see Nations within a Nation, VoxFairfax, Jan. 17, 2022, https://voxfairfax.com/2022/01/17/nations-within-a-nation/). Although the US Constitution does not specifically designate tribes as sovereign entities, it does provide that the Congress has the authority to “regulate commerce with foreign nations . . . and with the Indian tribes.” That principle is further supported by the numerous treaties among the United States and Native American tribes. Federal government policies and structure have reflected a distinctly negative reality of the nature of the treatment and dialogue between the two.

In 1789, Congress placed Native American relations within the newly established War Department, a clear signal of a dominant vision at the time. In 1824, the Secretary of War organized the Bureau of Indian Affairs which, today, is within the Department of the Interior. Although facially, Native American tribes were deemed to be sovereign, the Department of State, also created in 1789, has never had a formal role in the relationship, nor have indigenous tribes been recognized in status with a Cabinet-level agency. In1823 SCOTUS ruled (Johnson v. McIntosh) that the federal government had an exclusive right to extinguish aboriginal rights to land. The decision held that Native Americans under the Constitution had the right only to transfer land to the federal government.

Outnumbered, out-foxed, and out-gunned, the Native Americans were simply ignored along with the lofty words in the Declaration of Independence. . . . There are no reparations that can be offered or practically made.

Up to 1850, unofficial but official government policy toward indigenous Americans was characterized by removal from their lands as waves of settlers continued to pour into the continent and expansion was fueled by an ideology called “Manifest Destiny.” Outnumbered, out-foxed, and out-gunned, the Native Americans were simply ignored along with the lofty words in the Declaration of Independence.

There are no reparations that can be offered or practically made. In the main, though, the United States might live up to the ideal of equality. It is likely a bridge too far to envision a State Department branch as the focus of recognizing the present hollow sovereignty due Native Americans. For one, adjusting the posture of government to accept Native American nations as equals for foreign aid and as truly sovereign is an incremental step within its authority.

In doing so, an answer to the question about the difficulties of building tribal housing would emerge while according an overdue and honored status that, at once, would incorporate some reparative and restorative justice with progress toward equality for all. Pertinent questions are the essence of the educational process, however uncomfortable they–or the answers–may be.