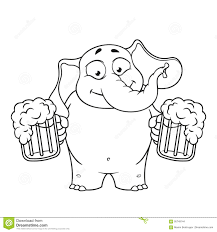 In November, Virginians rendered the verdict that Republicans should dominate statewide offices and enjoy a majority in the House of Delegates. The Governor-elect (but not so much his companion statewide candidates) performed an elaborate ballroom dance to distance his candidacy from the former president.

Trump endorsed Youngkin following his party convention victory in May 2021, who lightly accepted the blessing as an honor. In October, bock beer season, Steve Bannon highlighted a “Take Back Virginia” event in Richmond to which Trump phoned his support although Youngkin did not attend. At the end of the month Trump offered in a Fox interview that a Republican victory could only be accomplished with the support of Trump’s base. Following the election results, the former president confirmed his effect upon the gubernatorial race, proclaiming Youngkin “would not have been close to winning” if not for MAGA voters.

Whether Youngkin can sustain the arm’s-length posture he practiced during the campaign into 2022 and 2024 remains to be seen. The pressures from the national Republican establishment to secure a congressional majority in both chambers has begun in earnest. In 2022, Virginia’s four Republican House members who voted to nullify the Electoral College count on January 6th (Cline, Griffith, Good, and Wittman) will be on the ballot.

Youngkin on several occasions during the campaign voiced a commitment to promoting election integrity in the Commonwealth, a standard and staple of the “big lie steal” promoted by his endorser. Embarrassingly, Youngkin’s 17-year-old son was reported to have made two illegal attempts to vote in the election. Now, in the post-election period as plans for the new administration are being formulated, more detailed commitments about policies and programs will emerge. In the first week of December before a business group, Youngkin declared he would slash “job-killing regulations” and implement policies to “start winning big time” in the race to lure businesses and jobs to the region.

Glenn Youngkin may have entered the political arena as Trump Light but appears to be increasingly aging in the direction of a bolder brew.

During the 2016 presidential campaign, candidate Trump took a stark and distinctive stance on the modern administrative state. He advocated widespread deregulation of the U.S. economy. It was a central plank of his national economic and energy plans as outlined in major speeches in Detroit (August 8, 2016) and Pittsburgh (September 22, 2016). He called for both a moratorium on new regulations and an explicit process of review and repeal of unnecessary regulations, which some advisers referred to as “deconstruction of the administrative state.”

During the campaign, candidate Youngkin proposed a $1.8-billion reduction of taxes, including abolishing the state income tax, a plank he later withdrew. Most recently, he appealed to the outgoing governor to include tax reductions in the state budget. During the 2016 presidential campaign, Trump was unabashed about reducing taxes on the wealthy, including the elimination of estate taxes. Apologists may simply claim that reducing regulations and taxes are traditional Republican political planks – but the fact of the matter is that neither Youngkin nor Trump campaigned on formally postulated political platforms. Recently, Senate Minority Leader Mitch McConnell (KY) announced that the forthcoming midterm campaign platform will be simply to stop Democrats from advancing legislation.

In June 2017, P45 announced the US would withdraw from the multilateral Paris climate accord directed to reduce greenhouse gas emissions. Less than one year later, in May 2018, he announced withdrawal from the multnation (including China and Russia) Iran nuclear agreement.

This past week, the yet-to-be-inaugurated governor of Virginia pledged to use executive authority to withdraw from a ten-state agreement, approved in two pieces of legislation by the General Assembly, to reduce carbon emissions. The Commonwealth had already gained millions of dollars from participation in carbon markets.

There are dark beers and light beers. Consuming too much of either can lead to inebriation. Glenn Youngkin may have entered the political arena as Trump Light but appears to be increasingly aging in the direction of a bolder brew. Should Youngkin endorse the four Republicans for Congress who voted to nullify the Electoral College vote count, another phase of a darker brew will be evidenced. Current promises to slash regulations, particularly “job-killing” ones, will reflect how much closer to Trump Bock the new governor appears. The same is true for pledges to reduce taxes.

Bock is a bottom fermenting lager and typically spends extra time in cold storage during the winter months to smooth the intense flavors that develop during the brewing process. Four years, including the crucial 2022 and 2024 political cycles, provide sufficient time for Mr. Youngkin to show his true colors.

Other observers may eschew the beer analogy in favor of one flavored by ornithology and the quacking of ducks. We are OK with that.