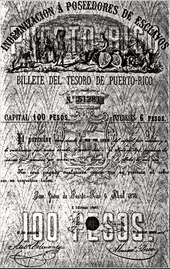 Four hundred and seventy-nine years ago today, the King of Spain issued a set of laws and regulations banning slavery in the nation’s colonies in the New World. Reaction among colonial leaders was fierce, as an entire economic system reliant upon indigenous labor had developed, one feeding Spain’s treasury. The royal leadership of King Charles I relented and used other means to force humane treatment of New World peoples.

The blowback against these laws was led by a class of nobles whose estates and fortunes were intricately tied to commerce and slave labor. Opposition to the royal decrees employed arguments uncannily similar to those advanced in the United States over 300 years later in the nation’s debate over slavery. While Spanish royalty retreated from its policies, the United States engaged in a Civil War to resolve the outcome.

Exhorting a property right over humans was the cornerstone of anti-abolitionists, notwithstanding the widely accepted religious view that such relationship lacked moral principle. This origin continues to resonate in current dialogue threads here and abroad, as nations grapple with fears of outsiders adopting populist ideologies to rationalize political dominance.

The xenophobic virus remains potent, seemingly immune to reason or rationality. Perhaps even worse is the cacophony arising from protagonists and antagonists, precluding productive civic engagement or discourse.

Spain failed nearly 500 years ago to eradicate slavery and across the globe the struggle continues to be engaged to promote racial and ethnic harmony. Immigration conflicts have become weaponized as political armaments. Giving peace a chance remains a lofty lyrical ideal. History indicates we can learn.