Do It My Way 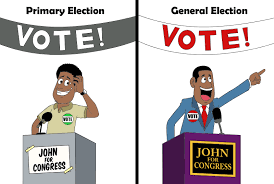 I have written several times in this column that in political campaigns, there are really only two strategies: Keep the bums in, or throw the bums out. I have said that for a challenger or an incumbent, there should rarely be any question which campaign to run. I stand by that general framework, but want to take this week’s epistle to articulate some of the further structural considerations that go into the day-to-day operations and overall campaign strategy. I have thought that everybody already knows this stuff, but I have recently been asked questions suggesting that many don’t. I’ll start with the familiar and perhaps the obvious.

Now, for some of the less obvious points:

Candidates who win knew they were going to win all along. Even if the margin of victory is very small, candidates think their mandate from the voters is very strong. Candidates who lose think the problem must have been with their manager, fundraiser, or field coordinator.

You’ll notice that volunteers, constituents, political party organizations, and even donors play a very small part in allocating time and other resources. The ‘professionals’ named above want the rest of us to believe that they know what they are doing, even if this is their first rodeo.

We may fantasize about candidates who are responsive to us (voters), but as volunteers, constituents, and other activists at this point in a campaign, we really have only a few very unattractive choices. We can go along with the directions of the manager, if there are any. We can operate independently and hope it helps. We can try to break through to the candidate to argue about targeting, messaging, or style. Or, we can threaten to withhold resources if they don’t do what we want.

As ‘non-professionals’ (no matter what political experience we have), our point of greatest influence therefore is after the election, before the next campaign manager is hired. That is the time we can talk to the candidate, explain how we can help in the future, negotiate partnerships, and influence future strategy.