Editors’ Note: This is the fourth in a series feature in which VF editors may join along with contributors to discuss a contemporary topic. This “real time” installment features Frank Blechman, Jim McCarthy, Michael Fruitman, Andrew Scalise, Barbara Johnson, and Rex Simmons. Our last colloquy on promoting the general welfare can be viewed at https://wp.me/p9wDCF-2hr. Let us know what you think. 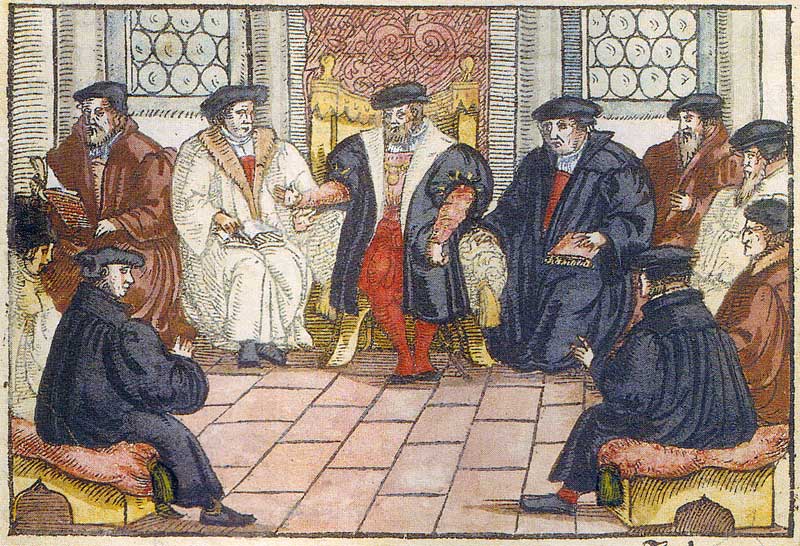 Legislation is pending in Congress to create a commission to consider reparations for slavery, along with an apology. Such a bill was introduced in 1989. In 1946, the Indian Claims Act ultimately resulted in payment of $818 million by 1978. In 2019, legislation was signed approving a multi-million-dollar settlement for land claims with a Native American nation that had not yet been recognized by the federal government. In 1980, a SCOTUS decision awarded a large sum, now in trust and valued at $1.3 billion, to the Sioux nation. The funds have been declined as the Sioux seek to have the former lands restored to them. Congress passed the Civil Liberties Act in 1988 providing monetary reparations and an apology to Japanese Americans interned in camps at the outset of WW II. In 2014, $10 million was approved by Congress as reparations to survivors of the infamous Tuskegee syphilis medical experiments that began in 1932 but lasted into the 1970s.

Some reparations efforts have occurred at the state level. In 1994, Florida set aside $2.1 million in reparations for a race riot that destroyed a Black town called Rosewood in 1923. In 2002, Virginia’s General Assembly passed a joint resolution apologizing for its state-authorized eugenics program. In 2015, a $400K fund was created to compensate victims.

It seems clear that the nation has created a precedent of public policy in regard to paying reparations and apologizing for serious failings. What do you believe should be a path forward?

Blechman:  Setting aside questions of cost, reparations for slavery face several problems. First, unlike payments to personal victims of recent injustice, identifying the proper pool of individual beneficiaries would be difficult. Reparations today for millions of descendants of slaves several generations past involves identifying possible recipients. Given poor records, this challenge would be harder than one might imagine. Complex lineages raise further questions. Who would qualify? Would “one drop of blood” (to borrow a phrase from racial purity legislation of the past) suffice? Would inclusion require definitive proof of one enslaved great-great grandparent or more?

Second, and much more problematic, is the question of appropriate amounts compensation. Can any amount of money “make up” for hundreds of years of dehumanizing slavery followed by a century of brutal discrimination and oppression? Should someone with five or ten identifiable enslaved ancestors get more reparations than someone with only two or three? Should a descendant of a light-skinned former slave who “passed” as white get less?

It is clear to me that no amount of money can erase our national sin. As with Native American claims that restoration of stolen land is more valuable than cash, restoration of human dignity and opportunity seems the appropriate remedial approach for stolen dignity and opportunity. I support every form of ongoing affirmative action imaginable, from housing to health care to education to job placement, over a token one-time benefit or payment. This foul legacy was made over a long period of time. We need a long-term approach to undo it.

Simmons:  I don’t think there is any credible way for a white male, like me, who some would call privileged, to discuss how to provide reparations for American slavery. Despite the evolution of this nation and its unique form of democracy, it has been an incredibly harsh nation for millions of African Americans, whether in slavery or under Jim Crow laws or in today’s more subtle systemic racism. Evidence of that abounds throughout the country in any number of measurable metrics of disparities between white and black families. At the same time, many people of all races have been left behind in our increasingly inequitable measures of family wealth. And, untying the Gordian knot of who gets what and how much in reparations for slavery would be as much a destructive exercise as the national sins that got us here.

A more credible proposal would perhaps come from the esteemed Congressman from South Carolina, Representative James Clyburn and the House Majority Whip. He is also one of the most senior and highest ranking African Americans in the federal government.

While Representative Clyburn supports reparations, he also cautions against a purely financial solution to a deeply complex and controversial problem. “The biggest mistake that I think we can make is to allow reparations to be reduced to a monetary solution rather than a making amends solution,” he said. Clyburn hasn’t spelled out everything he would do but he has supported creating opportunity zones in heavily black communities of low income people, forgiving student loans for most, and stepping up federal education efforts targeted to low-income areas.

So, my 2-cents of thought says Representative Clyburn is on the right track. His pragmatic notion of reparations is likely to get the kind of political support to be adopted. These types of efforts have the added benefit of improving lives of many disadvantaged Americans regardless of race and reducing income inequities.

Johnson:  As a country we spend too much time looking at the past and groveling over our sins, which in the case of slavery is enormous. We can’t apologize enough, and there is no monetary allowance large enough to compensate people whose families were enslaved. Money paid to the victims of slavery is not going to provide Black people the dignity, nor the same housing, job, and educational rights to move forward in a culture still dominated by Whites. It’s not going to lift single moms out of welfare nor get Black men out of prison. We need fundamental change, and that comes with providing opportunity and familial or ancestral understanding. High marks to Henry Louis Gates, Jr., for starting this venture and popularizing it. If anything, we need an African-American, like Lonnie Bunch, to be made the head of a foundation similar to the Wilson Center that is dedicated to helping African-Americans, know who they are as a people, to offer options/ideas for moving forward; and have a practical or actionable application of those ideas by awarding money to African-Americans who are making or attempting to make change in urban centers.

McCarthy:  All of Mr. Blechman’s litany of questions and observations are likely to be part of any national dialogue. Most of these concerns were raised as part of the discussion concerning reparations for Native Americans and the Japanese, while others appeared in some form or other during the Virginia consideration of reparations for its eugenics and sterilization debate. When the New York Times’ 1619 project was published, it was roundly attacked by prominent conservatives for distorting history and American values. My first question concerns the concept of initially pronouncing a statement of recognition for the moral failure for enslavement. If that step were undertaken initially, it might offer a platform to consider reparative measures. Our history in this regard is abysmal, especially as viewed through the fate of affirmative action since its advocacy in 1961 by President Kennedy. Similarly, the workaround for the post-Civil War amendments was Jim Crow laws. Affirmative action has been beaten into unrecognizable form in the forums of adjudication without recognition of its moral purpose.

The essential value-laden obstacle remains that “haves” must surrender something to “have nots.” Neither cohort is color blind. Despite fierce anti-ethnic views about Japanese in the war years, an apology and reparations were made. Indeed, any dollar amounts face a difficult evaluation but an honest acknowledgment is cost-free. It may be that restoring the lands claimed by the Sioux is simply not practical or possible. However, Native American reparations also suffer from the absence of a forthright acknowledgment for their brutal treatment at the hands of immigrants to this country. Reparations were demanded and paid to allied nations after WW I and WW II with separate cash payments to Israel and Holocaust victims along with a national apology.

Fruitman:  I strongly agree that acknowledging the harm and the need for reparations of some kind is an essential first step, one that some won’t take. Likewise, I agree that monetary reparations are unworkable, and can foresee endless arguments about who gets how much, etc. Affirmative action, although without that moniker, makes sense—making it easier for those today whose ancestors were denied opportunity. Finally, we must acknowledge that this is not just a historical phenomenon; rather, Whites continue to enjoy benefits that their Black counterparts never will. “White privilege” goes on and on.

Scalise:  I could not agree more with Mr. Blechman on the problems with direct reparations payments. But in addition to those pitfalls, there is the simple fact that sending checks in the mail does not absolve us of our sins, nor does it level the playing field today. The legislators that might vote for a reparations package one day are the same that will vote the next day to disenfranchise Black and other minority voters, reduce funding for public schools and critical needs programs, and ensure wages remain stagnant for those that need a raise the most.

While I am not opposed to a commission to study the topic—I will always support a worthwhile research effort, and we should seriously consider its findings—perhaps we should also have a commission to study racial disparities in access to the vote, in education, in community policing, in employment, in health care, and anywhere else where these disparities seriously hinder racial minorities’ ability to thrive in our society.

We may find that reparations are necessary and do help heal some of the wounds from our past, but it sounds more like a quick fix that allows the rest of us to carry on with our privilege with a clean conscience. “Everyone wants change, but no one wants to change.” Until we all start making changes on our own, we won’t see the changes we need in society to heal these centuries-old wounds.

McCarthy:  Mr.  Shakespeare advised that “What’s past is prologue,” an instruction that this nation of immigrants has had difficulty acknowledging. Governor Northam is expected to sign a resolution passed by the General Assembly declaring racism a public health crisis, joining 145 localities across 27 states. Systemically, we are suffering in a pandemic, causing more suffering. A first step in any healing process for an addiction is to recognize the illness. The second is to undertake treatment. We are not facing “cold turkey” as the cure. Four hundred years of moral failure is a lesson. We ought to see what a national study commission advises.