Leading a Team, Leading a Nation 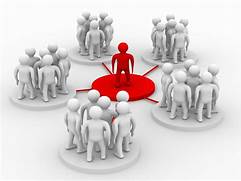 We all know the (supposedly African) proverb, “It takes a village to raise a child.” Intuitively translated in general terms, that principle becomes, “It takes a team to tackle a complicated task.”

The underlying idea is that no one person can know everything or do everything. The great British political philosopher C. Northcote Parkinson famously observed,

“In every [British] cabinet, there is an expert on health who leads the Health Ministry. And, there must be an economist the head the Exchequer (the Treasury). And so on. But there must also be one fellow with no special knowledge whatsoever. We call that one the ‘Prime Minister’.”

Readers with any experience in a large organization know that a “team leader” is different from a boss. A team leader is not so much about issuing or transmitting orders as getting many people or groups using their individual talents to achieve a common outcome. That idea has not always been clear. When I was in the Navy (50 years ago), I was taught ‘command and control’ leadership. The whole point of organizational structure, I was told, was to clearly assign responsibility for decision-making and decision-doing. The two functions were entirely separable. Either I decided or you decided. There was (at that time) no thought of shared decision-making and very little attention to shared doing. Later, with the development of the all-volunteer military, shared decision-making was recognized as part of leadership, particularly at the upper levels.

For those who had not already learned that lesson, the last four years of the Trump administration have provide many illustrations of the limits of one person trying to control everything. The diversity of our world is dizzying. The complexity is confounding. The sheer volume is overwhelming. Trump’s efforts to simplify the job by leaving positions vacant and avoiding briefing materials, failed–both in decision-making and execution.

Which brings me to the point of this column: What kind of leader will President-Elect Joe Biden be? As a candidate for the Senate and then as a sitting senator, he led a staff of dozens. As a presidential candidate, he had hundreds on his teams. As Vice-President, he headed task forces involving thousands of people, although he had to directly interact with just a few dozen. Each of these roles focused toward a single, if complicated, objective.

As President, . . . Joe Biden will have to address dozens of major goals, hundreds of minor goals, plus the unexpected challenges that will inevitably arise. He has witnessed the pressures of the job first-hand. . . . How well will he share the decision-making and decision-doing?

As President, however, Joe Biden will have to address dozens of major goals, hundreds of minor goals, plus the unexpected challenges that will inevitably arise. He has witnessed the pressures of the job first-hand. He surely understands the attractions and dangers of playing the role of a savior/hero. Yet he has spent decades seeking the spotlight, seeking this spotlight. How well will he share the decision-making and decision-doing?

We don’t yet know. We hope for the best. Only time will tell.