Home › elections › Where, Oh Where, is Common Sense?

Where, Oh Where, is Common Sense? 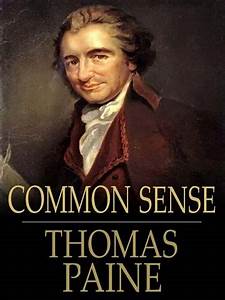 It’s just over two weeks since Election Day, November 3, and the 146 million who voted remain without a firm declaration in favor of the victors for the two top offices. Most states have not yet certified voting results; in others, the results are the subject of recounts and legal challenges. Mainly, however, the obvious loser has not conceded.

The incumbent president and many of his political allies continue to characterize the election as fraudulent, stolen, rigged, not settled, among other characterizations. His endgame is shrouded in mystery and guesswork, his actions possibly guided solely by deep emotional disappointment. Elected GOP officials, contrary to tradition and a hail-fellow-well-met attitude, have refrained from offering congratulatory messages to the President-Elect and Vice President-Elect, who received substantial popular and electoral vote margins.

To make matters even more difficult, in the absence of a concession, the federal bureaucracy, especially the General Services Administration, has simply decided that transition activities are not yet to be made available to the administration-in-waiting. In contrast, P45’s minions such as Michael Flynn were communicating with foreign leaders long before the inauguration.

The allegations of nefarious voting irregularities, according to detailed media reports and analyses, appear baseless and frivolous, leading folks to wonder how lawyers can justify filing such claims. The answer, of course, is that Trump demands it.

So far, most of the lawsuits challenging balloting and ballot-counting procedures have been dismissed by the courts; they appear to have been undertaken merely to delay certification of results by the states. The allegations of nefarious voting irregularities, according to detailed media reports and analyses, have shown themselves to be baseless and frivolous, leading folks to wonder how lawyers can justify filing such claims. Part of the answer may lie in cultism, which denies reality.

An email from the Trump-Pence post-election campaign on November 12 to raise money for the challenge to the 2020 results offered a version of the evidence repeated here for judgment by the reader:

So far, we have 234 pages of sworn affidavits alleging Election irregularities from just ONE county in Michigan. Here are the allegations:

It does not require a law degree or training in statistics to appreciate that none of this alleged evidence would result in the reversal of election results in any jurisdiction. The shopping list is noted to be allegations.

For most, the hiring of an attorney is connected with effecting a right or vindicating an injury, a tort, a wrong. Every lawsuit ultimately is determined upon a review of the rights involved and an evaluation of evidence to support a claim to a legal conclusion. Evidence, in turn, must be competent and persuasive, not merely an allegation of a wrong, but proof of the violation. Lawyers, we assume, do not simply file court papers without an ultimate objective and presentation of some evidence of wrongdoing.

The legal challenges mounted by allies of the incumbent president have not succeeded because the allegations are without merit. Sadly, it is only shame for their conduct that is the punishment for attorneys that bring such claims. Anyone may file a claim; only those with merit can be tried.

That assumption, however, fails when it comes to hardball politics and the stakes in a presidential election. The legal challenges mounted by allies of the incumbent president have not succeeded because the allegations are without merit. Sadly, it is only shame for their conduct that is the punishment for attorneys that bring such claims. Anyone may file a claim; only those with merit can be tried.

These musings prompt the question: Where, oh where, is common sense? In 1776, Thomas Paine, not a lawyer, published Common Sense, a powerfully persuasive pamphlet urging independence for the colonies. Were the lessons of the pamphlet applied to the conduct of the lawyers in stalling the outcome of the 2020 election, the answer to the question about common sense offers guidance:

In England a king hath little more to do than to make war and give away places; which in plain terms, is to impoverish the nation and set it together by the ears. A pretty business indeed for a man to be allowed eight hundred thousand sterling a year for, and worshipped into the bargain! Of more worth is one honest man to society and in the sight of God, than all the crowned ruffians that ever lived.

Common sense, it seems clear, remains common and sensical two and one half centuries later. Are lawyers not subject to common sense?  Do not attorney ethical codes dissuade them from filing frivolous claims? If not, they ought to. And those lawyers who do not follow such ethical rules should be dealt with severely, as they mar the public’s experience of law and justice. While society expects lawyers to represent individuals zealously and, sometimes, in difficult circumstances, no one expects lawyers to promote petty political interests above the common good. Ah, but Trump, it would seem, rules, over common sense and judicial ethics.

Advocating for the interests of “crowned ruffians” over those of the populace as more worthy distorts the public’s trust in the rule of law and the judgment of the lawyers who are supposedly its guardians. And that bar is as important and essential today as in Paine’s era. At the same time that the American electorate anticipates political courage and comity from the adversaries of the newly elected winners, it also expects baseless challenges to be consigned to political commentary, not lawsuits. It may be that the failure of this legal nonsense contributes to a dose of reality detracting from the cultism. Better yet, common sense replaces political loyalty.