Signs of a Political Pandemic 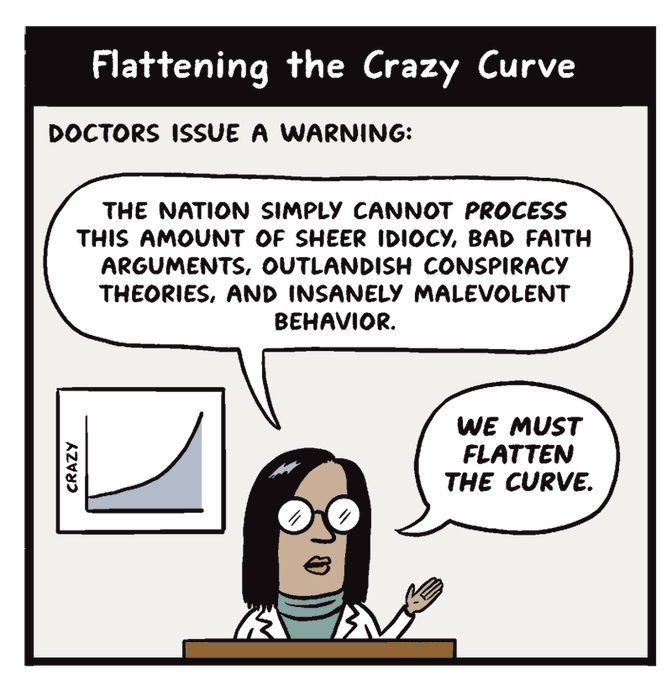 Viral pandemics are initiated by one or a few infected carriers entering an area. Some are impossible to detect, and others appear to sprout in more than one place at a time. While there are no epidemiological studies or data concerning the phenomenon of political pandemics, evidence of their existence often manifests in behavioral actions visible to members of the public.

Political pandemics tend to be incubate in fear or desperation; for example, the loss of an electoral seat, declining poll results, surging popularity of the opposition, fundraising results. All of these factors may contribute to the spread of a political virus spawning behaviors that seem, well, bizarre. For instance, recall petitions or “Karen” moments.

According to Ballotopedia, no Virginia official has ever been removed from office by recall, nor has the process ever been litigated in the courts. An effort to recall Corey Stewart (R) from his position as chairman of the Prince William County Board of Supervisors was launched in September 2017. The recall was initiated over Stewart’s handling of a meeting to approve the permit for a new mosque in Nokesville.

According to Virginia law (Code § 24.2-233) acceptable reasons for recall–“material adverse effect upon the conduct of the office”–include neglect of duty, misuse of office, incompetence in the performance of duties, conviction of a misdemeanor relating to drugs, and conviction of a misdemeanor involving a “hate crime.” The petition for recall must be signed by at least 10% of the number of people who voted in the last election for the office being recalled. The petition must also detail the reasons for removal. The signature requirement alone is a daunting threshold.

Notwithstanding this, the Young Republicans of Loudoun County have initiated a recall petition against the chair of the county Board of Supervisors on the basis of allegations that she attended (and led) a protest march in Leesburg on May 31. By participating and speaking at the rally, the group alleges, the official violated their 14th Amendment right to equal treatment under the law, since the governor’s orders closing or limiting businesses and public gatherings were still in place and were being flouted.

The paucity of logic and connection with the state law requirement for recall is glaring. Surely, it is angry but so lacking in rationality as to impale the “young” in Young Republican on a petard.

A leader of the YR group asserted that the county official should have lifted the restrictions imposed by the Governor, an authority outside the scope of the county official. Instead, the group argued, participation in the protest was above the law, and by “destroying people’s businesses and livelihoods in the name of public safety,” the official, for political gain, “has demonstrated disregard for both public safety and the law.” The paucity of logic and connection with the state law requirement for recall is glaring. Surely, it is angry but so lacking in rationality as to impale the “young” in Young Republican on a petard made of juvenile pique.

Not to be outdone during this election and pandemic season, a local citizen in Prince William County experienced a “Karen” moment (although the initiator’s gender appears to be male) over allegations that the participation by the Board of County Supervisors’ Democrats in a meeting with the county’s police chief and sheriff violated FOIA and that the participants engaged in public business. The meeting was convened by the county’s local police review board following protest demonstrations

A Facebook posting by the Republicans challenged visitors to read about the “shocking and illegal secret meeting” attended by Democratic “left wing comrades” engaged in flouting the law, requiring them to step down. In a statement in response to a lawsuit filed by a complainant, the county’s attorney found that it “was quite clear that no public business was transacted.”

Republican members of the Board claim they were not notified of the meeting and allege that fellow Board members did, in fact, make policy statements at the meeting about police procedure regarding the use of force. A Facebook posting by the Republicans challenged visitors to read about the “shocking and illegal secret meeting” attended by Democratic “left wing comrades” engaged in flouting the law, requiring them to step down. In a statement in response to a lawsuit filed by a complainant, the county’s attorney found that it “was quite clear that no public business was transacted.”

The two events–in Loudoun and Prince William counties–may be emblematic of the effects of a political virus, a pandemic that appears especially to affect Republicans. In Ohio, a white state GOP legislator offered an opinion that the disproportionate effects of COVID-19 upon African-Americans may be traceable to failure of consistent hand washing. Bizarre visions of secret meetings, 14th-Amendment violations, and the hygiene of people of color have not yet been verified by epidemiologists as symptoms of a particular viral strain. Democrats cite the refusal of P45 to wear a mask and recent twitterings of an increasingly irrational quality as signs of the pandemic’s existence. Some critics observe that fear of falling electoral results evidenced in poll results are weakening the immunological resistance of the GOP.

There is, as with COVID-19, no presently known cure for the devastating effects of such a political virus, and none is likely to be on the market soon enough for November 2020. Alas, we may simply be blanketed with further less-than-entertaining behavior until November 2020.