Home › Issues › A Crime of Abuse for Our Enjoyment

A Crime of Abuse for Our Enjoyment

Editors’ Commentary: The sensation and hype for this widely seen series has even prompted some fans to promote a presidential pardon for the convicted offender.  Not to mention the abuse of wildlife, the capacity of some to overlook such anti-social behavior and criminal conduct sadly reflects upon the impact “entertainment” can have upon our values and judgment. Grotesque is the adjective applied by some critics. We agree. 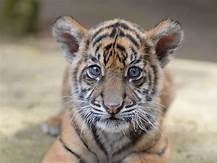 “Tiger King,” Netflix’s new seven-episode series, is the latest sensation for audiences sheltering at home amid the COVID-19 pandemic. And the show is indeed sensational. It presents a Hatfield-and-McCoy feud between two big-cat owners, Joseph Maldonado-Passage — “Joe Exotic” — and his nemesis, Carole Baskin.

He once ran a tiger-breeding and cub-petting zoo in Oklahoma. She runs Big Cat Rescue, a Florida sanctuary, and publicly denounces venues that pull cubs from their mothers to use as photo props. That ruined Joe financially; he threatened her and then acted on it. In 2019, he was convicted of murder-for-hire (and 17 wildlife charges) and was later sentenced to 22 years in prison. For drama’s sake, the series obsessively scrutinized the 1997 disappearance of Baskin’s husband, Don Lewis, with inference (but little evidence) of her involvement. She was never charged.

To be clear, this show is not a documentary. There’s a lot we don’t see. Expert voices are notably absent. And the big losers are the tigers.

To be clear, this show is not a documentary. There’s a lot we don’t see. Expert voices are notably absent. And the big losers are the tigers.

During a two-year investigation into the U.S. “tiger tourism” industry for National Geographic, photographer and journalist observed a dark underbelly that this TV series does not address. This business is not just a couple of fascinating (in a train-wreck kind of way) eccentrics doing crazy things. This lucrative cub petting/photo-op business involves widespread animal abuse and illegal sales and interstate trafficking of endangered species. Some attractions seem to be run like cults — and masquerade as nonprofits, sanctuaries or rescues.

Somewhere between 5,000 and 10,000 tigers live in cages in the United States. Perhaps 4,000 remain in the wild in Asia. There’s no federal law governing big-cat ownership. In some states (including Oklahoma), it’s harder to adopt a shelter kitten than to buy a tiger — or to own more than 200, as Joe Exotic did.

Despite roadside zoo owners’ claims of loving their cats, the animals are a commodity.

Despite roadside zoo owners’ claims of loving their cats, the animals are a commodity. In “Tiger King,” shown are clips of a minutes-old infant dragged from its mother with a metal hook and of visitors holding and taking selfies with cubs. But we don’t learn that tigresses churn out litters under “tiger mill” conditions to supply the industry. It doesn’t tell us that those cubs are walking gold, often sold for thousands of dollars before their eyes open. At four weeks, cubs are passed among countless customers at roadside zoos, parties and county fairs. Ticket sales rise into the millions to pet a tiger cub.

A disturbing fact: At four months, cubs “expire,” too big and dangerous to pet. (I know: I was ripped up by a 12-week-old cub.) They’re then discarded or simply disappear. Somehow, inventory reported to the government magically remains the same. Joe Exotic was convicted of executing five tigers that were poor breeders, violating the Endangered Species Act. One was named Cuddles.

These attractions often tell guests they’re contributing to conservation. That’s simply untrue. Not one captive-bred tiger has been successfully released into the wild. Even if it were possible, it wouldn’t be these cats, which are typically crossbreeds of the five tiger subspecies. Meanwhile, tiger parts have been illegally sold in the United States and trafficked to Asia: teeth, claws, pelts and bones. This feeds black-market trade that drives poaching and endangers the last wild tigers.

True sanctuaries are completely different entities: They don’t buy, sell, breed or allow hands-on contact with animals — which they feed well, keep for life and provide veterinary care for.

Safety issues endanger animals and the public. Visitors and employees have been mauled or killed. “Tiger King” covers the “Zanesville Massacre,” where private owner Terry Thompson loosed 38 big cats that were later killed by law enforcement. In a letter to Congress, Marine and former FBI bomb expert Edmund Kelso Jr. described the danger. “If I had the choice of working on an IED or responding to an emergency involving a dangerous big cat, I would definitely select the former — this should underscore how dangerous it truly is for these animals to be left in untrained hands in backyards and roadside zoos.”

A proposed bill, the Big Cat Public Safety Act, would address this by prohibiting private ownership and cub handling. “Tiger King’s” producers demonize Baskin while focusing on Joe Exotic’s quirky eccentricities, undeniable charisma — and downplaying his crimes. The show has made him a cult hero to some, while others have been horrified by what they’ve seen.

Cub-petting venues run on tourist dollars, exploiting one of the planet’s most iconic, majestic animals strictly for the financial gain of a few individuals.

Cub-petting venues run on tourist dollars, exploiting one of the planet’s most iconic, majestic animals strictly for the financial gain of a few individuals. As entertaining as the show is, we would all be better off if we saved tigers in the wild instead of abusing them at roadside attractions. Somehow, “Tiger King” seemed to forget about the tigers.