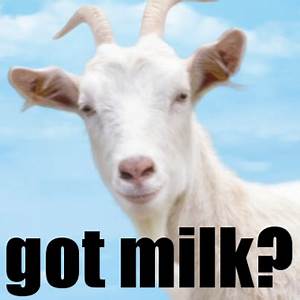 Most American shoppers and consumers are deeply familiar with milk to the extent that supermarket and grocery store purchases are familiarly and easily made, likely most often without reading the product label. While some dairy displays offer a variety of plant-based items to substitute for dairy milk such as soy and almond, few purchasers are confused or puzzled by the choices. So why has the General Assembly adopted legislation for signature by the Governor defining the term milk? If consumers are neither confused nor writing complaining letters to newspaper editors, what’s the beef?  Just to initiate discussion here, an excerpt from HB 119 presents the definition of milk:

If the average consumer is a member of a class to be protected, that consumer should be protected from the odd and strange terminology debated and, presumably, considered by Commonwealth legislators. Is the Governor fully briefed on these terms? Should any press release from his office contain a lexicology of terms used in the legislation?  VoxFairfax researched the internet to discover the common usage of some of the terms:

Colostrum, if you were wondering, refers to the first secretion from the mammary glands after giving birth and is rich in antibodies. But … milk on the market is to be “practically free of colostrum.” One supposes colostrum is acceptable consumption by calves but not humans.

Cetartiodactyla, according to Wikipedia, is the clade (i.e., a group of organisms believed to have evolved from a common ancestor) in which whales and even-toed ungulates have been grouped. This is not only comforting but seriously educational and informative.

Bovidae is an easy one for the crossword puzzlers as it often appears as a clue for cattle, i.e., bovines. The revelation here is that the term includes yaks. Yak milk to cut the caffeine in one’s morning libation sounds very exotic.

Cervidae, as the definition enumerates, allows the labeling of deer, reindeer, and moose “lacteal secretions, practically free of colostrum, obtained by the complete milking of a healthy, hooved mammal” to be on your supermarket shelves. Move over plant-based, ersatz products marketed as milk.

Equidae, also a crossword staple, advises that the definition of milk applies to the lacteal secretions of horses and donkeys. Apparently, by specifying the animal kingdom mammals approved as milk sources, whale milk is not allowed.

The definition of milk, therefore, may by law include the mixture of lacteal secretions from reindeer, donkeys, and goats with that from the familiar and customary secretions from cows. Understood in the grander scheme of state interests and policies, this item of legislative legerdemain appears intended to provide some protectionist preference to dairy farmers in response to competition from plant-based products, which have become increasingly popular in the marketplace.

As such the legislation fails, simply by the terms of its definition, to afford any clear protection for consumers. It does, in fact, increase the regulatory authority of the Commonwealth to enforce its provisions. Perhaps even stranger is the fact that the protectionist aspect of the legislation runs counter to free market principles, as does the increase in government regulatory authority, especially in a so-called business-friendly state such as Virginia. Lest readers be enthralled by the depth of knowledge displayed by a member of the General Assembly in authoring the profound and esoteric language in this example, a thought from the Center for Public Integrity (November 20, 2019; https://publicintegrity.org/inside-public/model-legislation-statehouse-bills/) offers a more sobering reality:

Americans elect their state legislators to … make laws. But, sometimes a legislator introduces a bill in his or her own name that isn’t born of thoughtful deliberation or responses to constituent needs. Rather, the lawmaker offers up what’s known as model legislation—prefabricated bills often written by moneyed special interests that want government to help them achieve a political goal. Interests that peddle model legislation represent all sorts of industries and causes … [including] … conservative business associations such as the American Legislative Exchange Council.

Nationally, two milk-producing conglomerates–Borden and Dean Foods–recently filed for bankruptcy, largely due to over leveraged (i.e., took on too much debt) corporate financing while betting on an ever-expanding market for dairy products (see https://voxfairfax.com/2020/01/13/beloved-bovine-buffered-by-bankruptcy/). At the same time, they faced increased market competition from plant-based products—a recipe for appealing for government intervention to protect market share.

If the Republican sponsor or his staff personally authored the legislation, then, the Commonwealth can take pride in the scholarship and erudition displayed. If the source of the legislation originated from a modeling organization, that information ought to be part of requirements upon introducing the bill in the General Assembly. That principle should be as clear as the citation of the members of the clade included in the legislation. Disguise and obfuscation are qualities that do not contribute to public confidence in the legislative process, while lawmakers later cite their legislative competence and achievements.