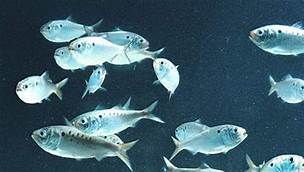 On October 25, 2019, the Richmond Times-Dispatch—in an act of environmental and economic courage—reported by way of a guest author the curmudgeonly misdeeds of a Canadian enterprise allegedly over harvesting menhaden[1] from the Chesapeake Bay. The primary question of the author and assumedly of RTD was, Why is the United States letting Canada take our Menhaden? Indeed, why is Uncle Sam so cavalier in its attitude toward the Cavalier state?

This menhaden All Points Bulletin (APB) provided a description of the economic damage threatened by our formerly good neighbors to the North:

Fishing tourism is huge in Virginia. Last year 900,905 anglers spent $998 million while fishing in Virginia. At the heart of our valuable fishing is the Chesapeake Bay and a politically charged bait fish called menhaden.

The “politically charged” terminology caught the attention of our editors, who like to think of themselves as politically astute concerning those issues that rise to the surface of the Commonwealth’s often troubled waters. Not only have the menhaden now been characterized as politically charged but subjected to possibly nefarious and insidious treatment at the hands of foreign agents, to the detriment of the Old Dominion. Sight must not be lost of the awesome financial clout of the anglers of $1 million each, which according to sources does not include purchase of bait.

Menhaden, the name likely of Native American origin, means fertilizer; Squanto, a Powhatan, is alleged to have advised the Pilgrims to plant menhaden along with corn. These fish are a vital part of the aquaculture food chain for osprey, eagles, bluefish, and rockfish, these latter two prime targets of the 900,905 anglers. The RTD OpEd expressed further dudgeon, alleging that the Canadian company “harvested massive amounts of this critical fish” and, to the point, questioning, “Why on earth do we allow a non-US company to export the cornerstone of Virginia’s marine ecosystem, threatening our tourist economy, jobs, and state economy?” Other results, according to the editorial, are “leaving our water dirtier and our rockfish and bluefish hungry.” Very powerful inquiries about actions that are completely unacceptable.

Unfortunately, neither the author nor RTD offered evidence of the residual dirty water or testimony of marine scientists findings with respect to hungry sport fish. VoxFairfax searched the internet for enlightenment concerning the dire claims about Virginia’s menhaden and sport fish. A March 2017 bulletin from the National Atmospheric and Oceanic Administration presented a number of findings relative to East Coast menhaden:

The NOAA data and findings prompt the query: Where have all the menhaden gone? According to NOAA, the Commonwealth’s share of the total East Coast harvest limit of 200,000 metric tons is 170,640, representing an 85% share. According to the OpEd’s author, the 51,000 metric tons harvested by the Canadians occurred because “Virginia is the only state on the East Coast that allows the [Canadina company] to operate” in the Chesapeake waters. Naturally, this statement appears in conflict with the headline clamor about why the US is letting Canada take our menhaden.

Nonetheless, there may be an existential threat to Virginia menhaden with repercussions upon the 900,000 anglers who cherish sport fishing and those who benefit from their generous financial contribution. Whoever is responsible for letting Canada infiltrate the Chesapeake Bay and purloin Commonwealth menhaden must be called to account.

It is incumbent upon the Commonwealth administration to initiate a detailed study of the hungry rockfish and bluefish, as well as the attitude of Virginia menhaden being extradited to Canada to an uncertain fate, even as some of that haul ends up on our supermarket shelves as omega 3 fish oil, extending the lives of folks in the Old Dominion. In return, speculation exists that a grassroots campaign is forming to step in to protect Virginia’s beloved menhaden, despite their being politically charged. Stay tuned.

It turns out that the failure of the General Assembly to adopt legislation accepting the menhaden fishing limits recommended by the Atlantic States Marine Fisheries Commission left the barn door ajar for the Canadian company to ignore the recommendations. Thus, it is Virginia itself that has allowed its menhaden to be abused and abducted.

Six days after publication of the RTD OpEd, an Associated Press story headlined

The Atlantic States Marine Fisheries Commission voted to find Virginia out of compliance because the state didn’t enact a new harvest cap for a fish that’s called menhaden…. The commission’s vote escalates a simmering conflict in Virginia that involves only one company, Omega Protein, which defied the commission’s catch limit.

The commission’s vote escalates a simmering conflict in Virginia that involves only one company, Omega Protein, which defied the commission’s catch limit.

Sadly for Virginia consumers of news and to the detriment of its anglers, RTD’s reporting by way of a guest author was as wide of the mark as the Chesapeake Bay. All along it was an old refrain: Big Business vs. the environment and we are our own worst enemy.  A final irony is that the abusing corporation is headquartered in Houston, Texas. What a surprise.

[1] Menhaden are baitfish that form a critical link between the lower and upper levels of the Chesapeake Bay food web, because they are a key forage species for fish such as striped bass, weakfish, and bluefish, and are filter feeders, grazing on planktonic organisms such as algae and zooplankton.