Home › Issues › Out of Sight, Out of Mind

Out of Sight, Out of Mind 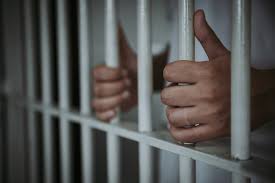 A few weeks ago (May 19, Second Chance Month: Restorative Justice for All Virginians), VoxFairfax took notice of the Commonwealth’s emphasis on some criminal justice reforms exhibiting more enlightened views of our citizen neighbors who come into conflict with the criminal code. In Harrisonburg, for instance, youthful offenders may be offered the opportunity for a clean record by participating in a diversion program. Several counties have adopted programs to interdict the “school to prison” pipeline. While these efforts are focused on the pre-sentencing stage, the Commonwealth has also engaged efforts to assist the reintegration of former offenders with voter registration, for example.

It’s not a stretch to say that for most of us, the people who are in prison are “out of sight, out of mind.” Before the establishment of jails and prisons as a means of punishment, holding facilities existed to house offenders pending some public display, such as tethered in a yoke or hanging or whipping. Gratefully, some progress has moved society from that practice.

In response to those barbaric practices, the US Constitution (Eighth Amendment) includes a clause forbidding “cruel and unusual punishment.” Oddly, the Supreme Court recently held that the clause did not guarantee a “pain-free” death for condemned prisoners caused by the method of applying the death penalty. So, the issue before courts in recent years has been determining what state actions are cruel and unusual.

In 2014, a lawsuit was filed against the Virginia Department of Corrections challenging confinement conditions utilized in solitary confinement, especially for those on death row. Those conditions included 71 sq. foot cells (smaller than a parking space); minimal “outside” time; three 10-minute showers per week; visitors separated by plexiglass walls. Both research and experience have demonstrated that such conditions exacerbate mental health weaknesses and are not necessary to good order within prisons. The 4th Circuit District federal court ruled that Virginia’s confinement conditions violated the Eighth Amendment.

In response, the General Assembly passed, and the Governor signed, legislation earlier this year requiring the Department of Corrections to track and report on solitary confinement actions to ensure more humane treatment of inmates. The legislation is another step in a national conversation concerning criminal justice reform, one which includes abolition of the death penalty and examination of mandatory sentencing. As can be seen, our society’s view of lawbreakers is centuries old and their treatment largely hidden from public view. Virginia is at the front end of criminal justice reform, boasting the lowest recidivism rate across the 50 states.   Nationally, the President has already made the topic a highlight of the 2020 campaign by criticizing former vice president Joe Biden for his sponsorship of the 1996 crime bill, which contributed to a sizable increase in the prison population. Ironically, it is the same President who publicly (by way of a full page ad in The New York Times) called for the death penalty for the five young New York men who were convicted of the Central Park “wilding” incident and later cleared after serving time.

The public’s view of criminal justice runs deep and long and masked, often entwined with a religious undertone regarding punishment or retribution or repentance. Offenses against the law are far too often personalized in terms of perpetrators or victims. The restorative justice view urged in Virginia intimately includes society and the state, not as a mere custodian of the offender but also as a party along witth the offender and victims to the damage or injury from the criminal conduct. Under the present system, the costs to all participants—victims, perpetrators, and society—are staggering. Detoxing cruel and unusual punishment from society’s system is a bold step in bringing our sights and minds into focus.