Editors’ Note: In 2019 alone, VoxFairfax has run four previous pieces on the deep state, on March 3, 24, 31, and April 14. Using the term “deep state” in our search box will easily find these articles for you. 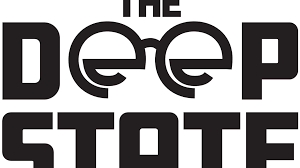 Alternatingly serious and happy, Sean Hannity on a recent Fox broadcast bubbled about AG Barr’s actions in moving forward with an investigation into the origin of the FBI’s probe of Russian interference in the 2016 campaign. Hannity referenced the “deep state” bloc that has stood in defiance of President Trump and sought to frustrate the policy actions of his administration. As with a number of ultra-conservative complaints, there was a radical ion of truth to the claim.

Frankly, VoxFairfax has lost count of the number of occasions on which actions of this administration—from regulatory rollbacks to immigration matters—have violated the rule of law. Often, these incursions trespass upon the provisions of the Administrative Procedures Act (APA), which requires the government to follow a set of jurisprudential rules in promulgating or amending a federal regulation. Many challenges to an administration’s attempts to modify a regulation become the subject of a federal court ruling. The President has publicly made known his displeasure, commenting upon a “Mexican-named” judge and the intransigence of the entire Ninth Judicial Circuit.

The Trump administration has from the start pledged to erase the Deferred Action for Childhood Arrivals (DACA) program initiated by President Obama. This week, the Fourth US Circuit Court of Appeals issued a decision involving a Maryland plaintiff, determining that the Department of Homeland Security had arbitrarily and capriciously acted in attempting to terminate DACA without providing substantial justification. This phraseology is common in federal judicial rulings and is at the heart of the APA’s protections against runaway executive policies.

The APA is not quantum physics and represents enduring principles of equity and fairness of process in government behavior. Ignorance of or refusal to comply with the APA reflects only a denial of the rule of law. While conservatives rail against the deep state as the unseen and unknown enemy, the truth is that the fault is its own ideology, one that blinds it to the requirements of civic conduct. Nor does a claim that the issue has been “litigated” in an election justify illegal behavior. A number of conflicts, such as the release of presidential tax returns, congressional investigative authority, and others alleged to have been “litigated” in the election or in the Mueller report, will be the subject of actual court contests.

Having blamed a mysterious, amorphous force such as the deep state for your failures, it may be that the repetition of history is not a good teacher. Hannity’s insanity in this respect may be consoling to the President, but hardly reasonable.

Like Loading...
‹ MEET A VIRGINIAN: Barbara Johns Defied School Segregation in Farmville, Virginia
Is There Life After Birth? ›