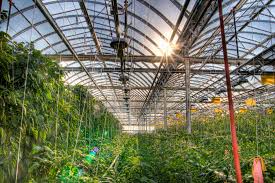 The cheers heard in Falls Church on April 9, 2019, were not on behalf of the Virginia Cavaliers and the team’s NCAA championship victory over Texas Tech. Rather, the hooting and hollering emanated from the headquarters of the Center for Equal Opportunity (CEO) in celebration of its lead role in stopping that same Texas Tech University from using affirmative action in its medical school and undergraduate admissions. Virginia beat Texas Tech on the basketball court and on the court of admissions.

CEO, under the leadership of its general counsel Roger Clegg, initiated the complaint in 2004 and took the trophy this week with a victory statement:

It shows that the Trump administration is serious about enforcing the civil rights laws in a way that protects the rights of all Americans to be free from discrimination. The more schools that stop using racial preferences, the harder it will be for other schools to continue to use racial preferences.

This is good news for the Trumpian base that has been afraid of a continued loss of white identity in admissions policies in higher education. CEO, for its part, proudly proclaims on its website that it is “The Nation’s Only Conservative Think Tank Devoted to Issues of Race and Ethnicity.” In pursuit of equal opportunity, CEO also opposes restoration of ex-offender voting rights and other civil rights without a rigorous and personal examination of such individuals, evidencing that they have “turned over a new leaf.”  In other words, as long as the dominant culture is in place, do not attempt to equal the playing field.

To CEO, “equal opportunity” means that as long as the words of the law are color blind, the disparate impact upon minorities is a mere by-product of our social dynamics.  How might that analysis play in another country where opportunity is dominated by folks who are not white?  CEO is not the only “think tank” in a silo.

CEO does not offer any remedy in higher education admission policies either to ensure race-blind procedures or substitutes for addressing the historic racial discrimination in such policies. Apparently, its thinking in the Falls Church tank has limitations on its mission to ensure equal opportunity. Whatever defects exist in affirmative action procedures cannot be rectified simply by prohibiting the social objective of promoting consideration of candidates who are disadvantaged by factors and forces related to race. Even conservative think tanks must consider that responsibility, not merely exult in legal actions to eliminate attempts to create a more even playing field.

The existence of CEO in Fairfax County calls attention to this jurisdiction and the thriving environment of conservative and proto-conservative forces that have taken root here. From the time of George Lincoln Rockwell in the 1960s, Fairfax has functioned as a greenhouse for the right side of political ideology. The county is home to the Young Americans for Freedom, the National Rifle Association, the Leadership Institute, the American Renaissance (a white identity organization in Oakton); and the National Right to Work Legal Foundation. The intellectual core of the county’s (and state’s) conservative fertilizer has been George Mason University and, now, also Liberty University. Considered together, these named organizations wield millions upon millions of dollars in financial resources in pursuit of their goals and objectives.

Fairfax County and the Commonwealth remain incubator, nursery, and host to this wide variety of conservatism, of which only some portion can be attributed to the geographic relationship with Washington, D.C. Greenhouse Fairfax is surely unique.