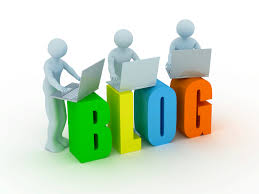 As we begin our second year, our goals remain: to start meaningful conversations among readers on topics that matter to society, political and otherwise, with a tie-in to the Commonwealth of Virginia where possible. We are gratified to say that we have published some 270 pieces and have received nearly 1,500 visits and 4,400 views.

How has our world changed from a year ago? What has VoxFairfax focused on? Let’s take a look. . . .

In no particular order, we have examined–through our own thoughts and the views of others–ethics, SCOTUS, gerrymandering, unions, North Korea, Virginia history, voting, trolling, charities, state government, the Electoral College, the NRA, the power of photography, felons, anti-Semitism, climate change, racism, VA prisons, the VA judiciary, libertarianism, labor, predatory lending, student protests, abortion, the ERA, Trump, church and state, vaccinations, and ignorance. Any many other topics.

So where are we today?

It doesn’t seem very positive, does it?

We hope that VoxFairfax has helped by bringing to public attention various sides of the issues and offering a place where readers can voice their agreement or disagreement, offer thoughtful commentary, and even contribute articles. As we enter our second year, this is the area that your editors would like to see grow substantially, so that our blog becomes more of a two-way discussion than a one-sided proclamation.

As we said 365 days ago, this is your blog, too. Please let us know how it can better serve you.

Like Loading...
‹ THE GERRYMANDER EFFECT IN STATE AND NATIONAL ELECTIONS [2018]
THE NEW IBERIA BLUES by James Lee Burke: A Review ›