Editors’ note: This is another in an occasional series of posts on the role and function of government.  It is an excerpt from New York Times OpEd columnist Michelle Goldberg’s column of January 4, 2019. 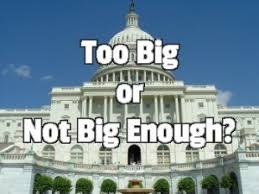 A few years ago, when I was self-employed and had recently had my second child, my husband went combing through my credit card statements, looking for tax deductions that I’d missed. I’m financially disorganized at the best of times, and with a baby and a toddler, I was barely even trying to keep track of my business expenses. So it’s not surprising that I hadn’t noticed the hundreds of dollars of weird recurring bank charges that my husband discovered.

It turned out I’d been signed up for a dubious program that purported to protect users’ credit in certain emergency situations. My bank had been accused of fraudulent practices in connection with it and fined $700 million by the Consumer Financial Protection Bureau, the government agency that was Senator Elizabeth Warren’s brainchild. I tried, maddeningly, to seek redress from the bank — cycling through phone trees, screaming at automated operators. No one could tell me how I’d been enrolled in the program, or for how long.

Eventually, I turned to the C.F.P.B. itself, filling out a simple form on its website. A few weeks later, I was notified that the bank had been deducting money from my account for years, and I was being refunded more than $11,000. Having financed my own maternity leave, I badly needed the money.

Republicans, who under President Trump have been gutting the C.F.P.B., have long decried the agency as an overweening bureaucracy. To me it was an astonishingly user-friendly tool that cut through opaque corporate bureaucracy on my behalf.