Reposted from the December 14, 2018, issue of Blue Virginia. 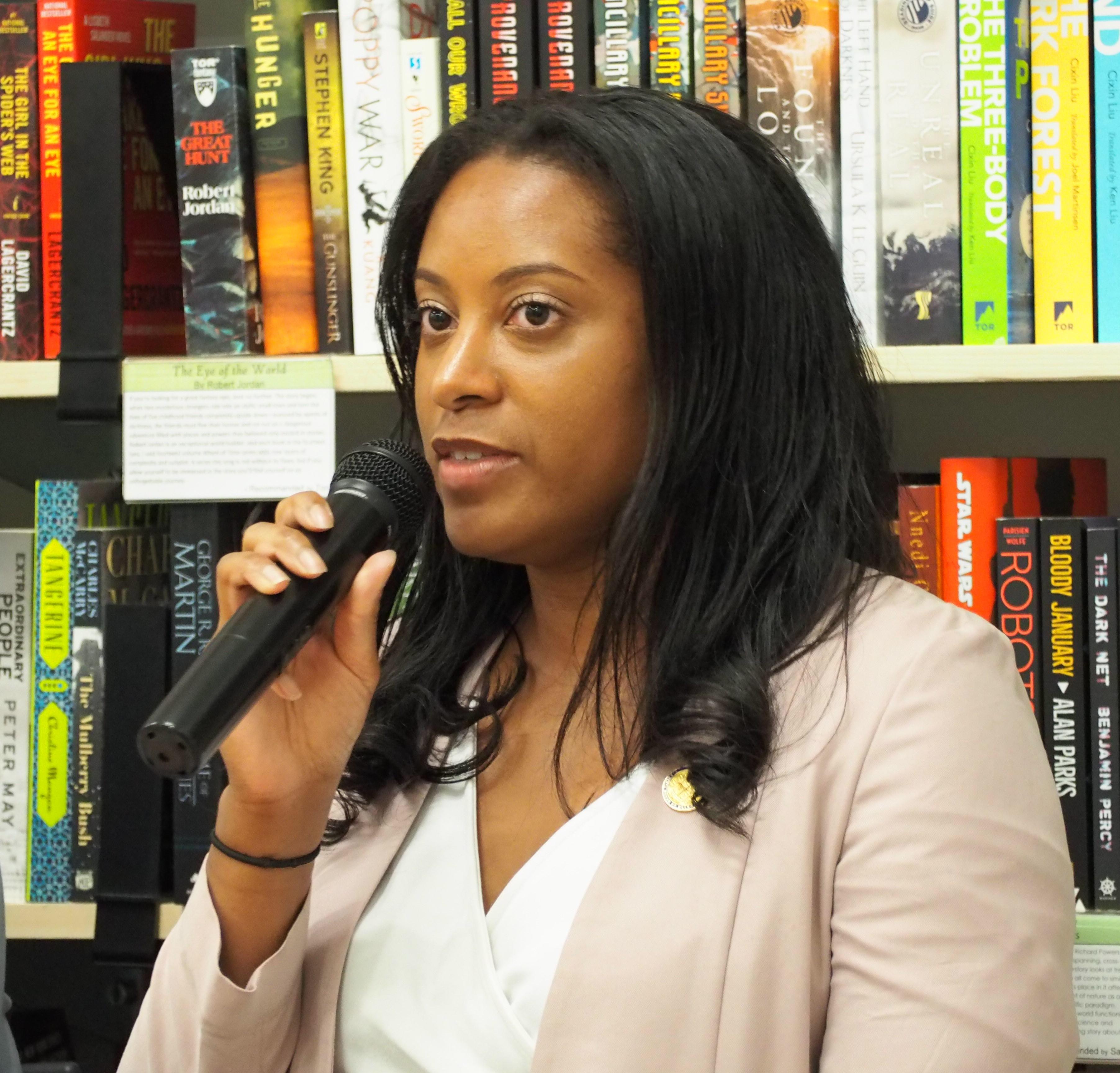 Delegate Jennifer Carroll-Foy represents District 2 in the Virginia House of Delegates (Prince William and Stafford counties). She was elected in 2017.

By the end of the 2018 Virginia General Assembly legislative session, a budget was passed to fully fund every unfilled judicial seat in the state of Virginia. This is a big deal.

Up until now, 435 judgeships have been left open, putting a strain on Virginia’s court system. Beginning July 1, 2019, the second half of the biennial budget, each of these seats has a chance to be filled. Properly funded judiciaries mean cases will move through the court system more efficiently and the courts will have more resources in under-served parts of the state.

This is a win for Virginia’s legal community, but it also presents a much bigger opportunity. At present, Virginia’s judicial appointments are woefully lacking in diversity. In Fairfax County, only two of 32 judges are people of color. Fairfax County has not appointed an African-American judge to the district court bench in 29 years. In Prince William County, one of the most diverse counties in Northern Virginia, with an African-American and Hispanic population accounting for 43.5 percent of the entire population, there are only two African-Americans among 15 judges on the bench (VCRDJS, 2016). Most glaringly, Loudoun County has never had a judge of color on its court (VCRDJS, 2016).

These statistics are unacceptable, but they can be changed. Virginia, and all courts, need “a diversity of viewpoints [that] will produce a more robust jurisprudence” and ultimately “enhance the legitimacy of our system of justice in the eyes of an increasingly diverse public” (Brennan Center for Justice, 2010). A lack of diversity risks implicit bias and disproportionate sentencing of minorities. The exclusion of minorities also guarantees that the outcome of justice will reflect only the experiences and values of only one particular group. Simply put, diverse jurists improve fairness and the quality of justice by enhancing judicial decision-making by bringing a multitude of experiences and perspectives to the court.

A common defense to the lack of minority jurists is that there are no qualified candidates applying. This contention is unfounded, but to the extent that there may be a shred of truth to it, thirty years of steady rejections have discouraged a strong pipeline of applicants. This is why we are launching an initiative to diversify the bench by encouraging lawyers of color across the commonwealth to apply for judgeships. We are collaborating with the leadership in Virginia’s minority bar associations. Our efforts involve 1) elucidating the process of applying; 2) creating a network of mentors and champions for the applicants; and 3) informing our legislators about the importance of diversity and inclusiveness.

The path to becoming a jurist in Virginia has been viewed as mysterious and complex. In the simplest explanation, after applying, candidates are vetted and nominated by their bar associations, and then it comes down to the nomination process implemented by the jurisdiction’s delegation. Lastly, the most qualified candidates are voted in by the General Assembly. The necessity of political relationships in the legislature alludes to the process’s past inequities. But it provides an opportunity for constituents to get involved and demand that their representatives vote in favor of diversity during the next legislative session.

The Commonwealth is changing and its citizens deserve to face qualified and thoughtful legal minds of various backgrounds in their court systems. The judicial bench should reflect the diversity of the community it serves.

Like Loading...
‹ UPDATE: New GOP Congressman Links Vaccines, Autism, then Walks It Back
YOU MUST REMEMBER THIS . . . ›