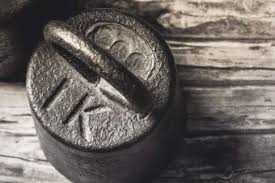 The recent announcement by teams of international scientists convened at a meeting in Paris that the kilogram was to be redefined did not escape the policy mavens at the White House. SH Sanders announced that the President was studying the matter and would issue comment upon it shortly.

Ms. Sanders stated that the administration was not caught off guard by the public statement from the General Conference on Weights and Measures following its meeting in Paris. “The President and his science advisers have had the issue under consideration since Inauguration Day,” Sanders continued, “and, if necessary, an Executive Order will be forthcoming to explain our position prior to the May 2019 effective date for the new kilogram.” Sixty countries participated in the conference, agreeing to a change in the method and manner by which the kilogram is measured.

An international standard of weight for the kilogram was established in 1791 by France and formally ratified by the Treaty of the Meter in 1875, to which the United States is a signatory. “The White House Counsel’s Office is researching whether this new change breaches the 140 year old treaty and opens an opportunity for the United States to create its own kilogram standard,” Sanders added. “It could be accomplished by Executive Order,” she added.

Some sources in the White House are indicating that the President is concerned that this change in weight is simply a ploy by drug cartels to increase profit on sales. Others suggest that the alteration was designed to reduce the tariffs on some products causing loss of jobs in America. Following French Prime Minister Emmanuel Macron’s recent pushback on the President’s statements about nationalism, rumors are circulating that the President is suspicious that France initiated the original kilogram standard and has maintained the standard model in a vault in Paris. It is not known whether any staff from the White House has personally seen the object.

Attention will focus on the Commerce Department, headed by Wilbur Ross, since the US National Institute of Standards and Technology is a unit of the department. Ross’s deep knowledge of the workings of his department were keenly on display in recent weeks as he responded to inquiries about including a citizenship question on the upcoming census. Ross is also rumored to be on the President’s short list of Cabinet replacements now that the 2018 midterm elections are over.

Recently, the President displayed some wonkish insight about wildfires as he toured the devastation in California, noting that the President of Finland had stated his nation’s forests are raked clean of leaves to reduce the threat of fires. Although denied by the Finnish leader, the President’s assertion was unshaken and not subject to being walked back. As proof of his long-term interest in fire control and prevention, a 2015 tweet was identified exposing Trump’s complaint about the expenditure of funds for public service ads with Smokey the Bear.